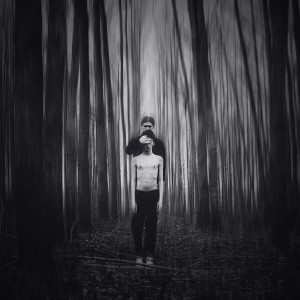 You could not believe your luck when you realized the cute guy, the one with the dimples that curled every so often as he slid his finger along his phone in the waiting area, was the window seat to your aisle seat. Praise the airline gods.

And he was charming. So sweet with the way he offered you some of his pretzels. He even commented on your book, a dry analysis of the woes of the stock market. His tan, muscular hands flexed as he told you of a documentary on financial bubbles that you must see.

But then it stopped. Everything stopped.

He got up to go to the bathroom. That tiny corner sink with the water you can only use for bathing, not sustenance. As he shifted over you, his jeaned knees brushing against your bare ones (your short dress was a poor choice), something jostled. His bag, the one on his seat, the one that had been stored properly during takeoff, spilled open. He didn’t notice. He continued down the thin aisle. But you could see the postcards of Niagara Falls, the coffee shop receipts, and the picture. The picture.

At first it seemed like a ghost. The skin so pale. The eyes so vacant. Almost ethereal, except for the flicker of fear. Your hand rose involuntarily to your throat as you realized it was a young girl. 12? 13? Naked on a bed. Her limbs extending unnaturally. Strained.

Time speeds up when it should have slowed down.

He is coming back.

You nudge the picture under a postcard of a large dented barrel. The vehicle a crazy loon had taken over the magnificent cascading waterfalls, hoping to survive with the protection of wood and a little metal. The postcard covers the girl. It is as though she no longer exists.

As window seat man regains his seat, he sees the splay of materials. You act so nonchalant, it is not a thing. You sip the wine the flight attendant brought you and try to hold back the emotion that is forming in your tense cheeks.

You can’t do anything. Who would you tell? The flight crew? The security guards? Would you try to get his name so you could nail his ass down the line? You could lean in, continuing the flirtation, though faking it this time, and figure it all out. First name. Last name. City of residence. You could call the cops.

You could, but you can’t. You are frozen. You are petrified. You are cold.

Maybe your eyes fooled you. Maybe it wasn’t a girl but a thin, narrow, grown woman. Maybe it was a deceiving piece of abstract art.

He continues talking about documentaries. You politely excuse yourself. You journey to the freeing confines of the bathroom. You rub a lot of chap stick over your lips as you delve into your pupils in the tiny mirror.

When you return, his head phones are in. He is looking at the fluffy, puffy clouds.

You stick some ear buds in your ears. You remain that way—window man next to aisle woman, a pair of people with a pair of headphones—until the flight attendant makes you remove them.

“Sorry ma’am, we must prepare for our descent.”

Caitlin Sinead Jennings earned a master’s degree in writing from Johns Hopkins University. Her story “A New Life™ at 30” was shortlisted in the 2012 Writers & Artist Short Story Competition. Her writing has also appeared (or is forthcoming) in The Alarmist, The Binnacle, Jersey Devil Press, and Northern Virginia Magazine, among other publications. She tweets at @CaitlinSineadJ. 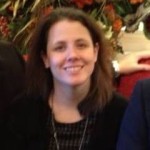