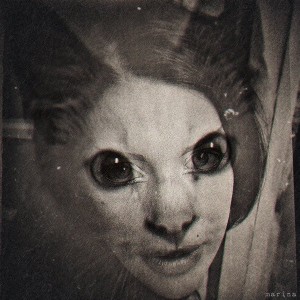 Miriam’s house has featured in several stylish magazines, both print and on-line, and it tickles her to know that across the globe, photos of the interior are being shared on social media websites, accruing hearts, comments, and raised thumbs. Right now, though, the house is haunted.

The children gather at playtime – after meals, before bed – and walk together between the walls. Sometimes they bicker, sometimes sing fragments of song. New songs only out just the year before, and which some of the younger ghosts must have taught the rest. Because some of them are new, they are capable of bruising the walls with the grease of their pink palms. Miriam sighs and asks the cleaner to keep an eye out for products that will shift the stains without harming the finish on the paint.

Miriam is in the sunroom, cutting some flowers. An opulent arrangement, sent by a client or an admirer. South African plant, she thinks, raising one stem, though in fact that is only a guess. She doesn’t care to check. The children are walking up and down the stairs. Up and down, and what kind of game could that be, other than one to get on her nerves, specifically. She had always wanted children, herself. And it is in part her fault they are here.

She pushes a blue thistle beside the gloss of eucalyptus. Another photographer is coming round shortly. There is a smell of coffee brewing. Very fine coffee, not that Miriam can tell. She puts down the scissors and looks through a pane of glass to the garden, to where the rain is falling steadily on the marble fountain and the overgrowth of bushes. There is no diversity of colour beyond green and white, and this is how she likes it, very well. Indoors the predominance is towards neutrals, accent colours when necessary. Except in her bathroom. This has been redone recently with a living wall, so that when she showers, she can lean into mosses and ferns, seeking what she cannot articulate clearly, but which they so readily lend.

Her blood is sweet: mosquitos love her, so Miriam is careful to keep the screens maintained on all the doors and windows. She used to be outside all the time, and now she has brought the best of the outdoors in, she has no need to battle with the worst. In fact, she rarely leaves the house. In fact, she never leaves unless compelled. There is something terribly wrong with Miriam, and there has been for a long time, but she has no friends to gently tell her this, and the housekeeper Ofelia doesn’t see it’s any business of hers. And in any case has not troubled herself to peer into the wrongness, to push her head into the depths, where she would be stepping across the boundary she has drawn between herself and her employer. Things must be maintained. Or structure, blood, selves, lost.

It’s raining a fine mist in the upstairs bathroom, when the photographer goes in. He doesn’t seem to notice. Nor, when he is admiring the sleigh bed and Amish quilt in the guest bedroom, hear the voices calling, playfully, this time. Here the notes are lavender, mint. As if for the digestive soothing of visitors. Visitors she no longer expects, or has cause to invite. Miriam used to be so wild, in her youth. She just hadn’t realised it had been her youth. That at thirty, forty, she had been no older than a girl. Good friends, homecooked meals, nights on the dock, swimming under the moon, hangovers spent watching the food channel, drowning that little boy, deep-cutting the other and calling it accidental. How many accidents there were, in those days.

The photographer wants to see the wine cellar. It’s been extensively improved, since I inherited the place, Miriam says, putting her hand on the small of his back, her jaw aching, her tiny feet in coral-red satin house shoes, as they both descend the stair.

Helen McClory is a writer based in Scotland. Her fiction and poetry have appeared in 3 AM Press, Necessary Fiction, Smokelong, The Toast, and Phoebe, among other places. She also writes reviews for PANK and The Female Gaze, and can be found at schietree  and on Twitter. 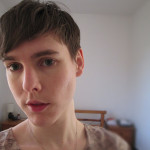