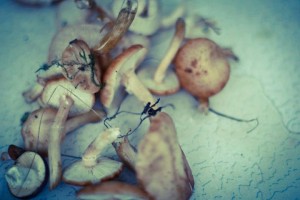 Wellies on, they went outside. Conor didn’t like his pair, as at two sizes too big he slid in them rather than walked. The rain had left puddles, lily pads of pools that shivered in the breeze. Ben sprinted towards the largest one, hands in fists and legs taut. When he concentrated it made his freckles flare, especially the large ones on his nose. He jumped and sent water everywhere that left dark patches on his clothes. In a spiral he went from one to the other, puddle after puddle until they were just holes again. Conor wanted to be angry, but he actually didn’t care. He was not a fan of jumping, or wet clothes, or in fact puddles.

With a snort Ben bent down and placed a pointed index finger at either side of his head. He scratched at the concrete with his foot in short bursts. Conor stood and waited, the quiver of a nerve squeezing his stomach. Being a bull was his brother’s latest thing, and Conor knew better than to move out of the way. Ben charged and snorted, the red of his wellies flapping like a matador’s cape. Conor fought the urge to close his eyes, and instead curled his body inwards as if backing into a shell. Just get it over with, is all he thought. Get it done. Ben roared and ran. Conor buckled and braced. Freckles and fingers came at him, a mash-up of spots and stripes. With only inches between them, Ben turned right, used his charge on a gate and disappeared into a field.

Conor unclenched and followed. The field was more of a bog than anything else. Full of clumps and rushes it wasn’t suitable for much, and so had been left free to grow as it wanted. Ben was at the end running back and forth alongside the stone wall, still as a bull, still charging. Conor tiptoed across the grass, his feet slipping around in the wellies as he tried to avoid getting stuck in the dips between the clumps. He made his way to the patch of rushes and waded through them, each one making a thwack noise that Conor liked. He made a path of thwack, thwack, thwack and imagined waves slamming the hull of a ship, those coffins to America that his father always talked about. “No food, no water, all sleeping on top of each other, and disease all over the place. You boys wouldn’t last a day… an hour even. Ye and all the bloody mollycoddling.” It seemed to Conor that you had to go on a ship to be a real boy.

Overhead the sky opened, threw down its tears in gluts fit for buckets. Conor watched as the rain hit the rushes, a thwack caught in a massive plop. In the next field, birds took to the sky in a mass of black that blurred the sun.

“Time to get back inside boys.” Their mother was at the gate, an open newspaper held above her head, flour turning to paste on her apron.

“I don’t want to hear it Benjamin. I’m not having you get any more colds. Get in here.”

With a hrmph Ben squelched towards his mother, the newspaper now limp and stuck to her hair. She waved him inside and turned. “C’mon Conor.”

“Can I just get some mushrooms? Before the rain ruins them?”

She started to say something, but no noise came out. With a nod she turned and went back inside.

Conor waded through the rushes and made it over to the oak tree. It was all roots and wrinkles. Scattered near the trunk were mushrooms, all snowy fat with mud coloured gills. Conor bent and coiled two fingers round a stalk. It came away easily with a pluck. Above him leaves rattled, their thin bodies taking the brunt of the rain. He pulled a paper bag from his pocket, uncrumpled it and dropped the first mushroom in, followed by a second, then a third until the bag was a bulge of domes. Satisfied with his haul, he made his way up the field. At the gate he smelt the salt and grease of bacon crisping. Conor turned and looked back at the rushes, their thwacks muffled just like a ship in a storm. Rain dribbled down his face. He ran towards the heat of the house.

Clodagh O’Brien has been published in many interesting places. A Dublin resident, she prefers to write in bed, and realises there are too many books in the world to read before she dies. She is Assistant Editor of poetry and short fiction at the online literary journal,The Bohemyth. You can find her writings & musings at www.clodaghobrien.com. 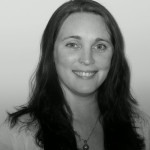