Climbing the Beanstalk by Nicholas White 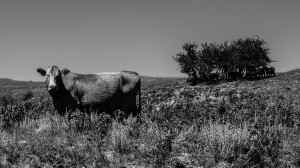 An old man approached Jack near the town market.

“That’s a pretty cow you got there, boy,” the man said.

“Her name’s Milky White and she’s the finest cow in all the land,” Jack said. “But she no longer produces milk.”

“She’s a good-looking cow.” The man stroked Milky White’s neck, smiling. “Tell you what. I’ll make a trade with you, boy. These five magic beans for your cow. Plant them and a beanstalk as tall as the sky will grow.”

Jack didn’t like the way the old man looked at Milky White; it reminded him of the way the older men in town looked at his widowed mother. But still Jack was interested in the magic beans, and he didn’t want to pass on a good deal. He called his mom for approval, but she didn’t answer her cellphone, and Jack hesitated.

“You never know what you’ll find in them clouds, boy,” the old man said. “Maybe gold.”

Jack and his mom could use some gold, and he traded the cow for the magic beans and hurried home to tell his mom what he’d done, hoping for her approval.

“But they’re magic beans. They’ll grow as tall as the sky.”

His mom took a long drag on her e-cigarette. “We’re damn poor, Jack. Without Milky White’s milk we got nothing to sell. We don’t even have enough money to buy supper.” She grabbed the beans from Jack’s hand and tossed them out the window. “I should’ve known better than trusting you with something this important. God. How will we pay the cable bill? What if I can’t watch Game of Thrones anymore, Jack? I’m going to whoop you upside the head.”

Jack knew how much his mom liked Game of Thrones, and he had trouble falling asleep that night, partially from the guilt and partially from not having anything to eat for supper.

During the night, a giant beanstalk grew outside Jack’s window, stretching high into the clouds, just like the old man said it would. Jack started climbing immediately after he woke, but it was a long way to the top and he got tired and decided to fly his remote-controlled drone up there instead. He returned to his bedroom and attached a GoPro to the drone and sat beside his MacBook, which he’d wirelessly connected to the GoPro. He controlled the drone with a joystick and flew it into the sky, past a giant house where a giant woman watched over a giant ogre. Inside the house was a bag of gold, a hen that laid golden eggs, and a golden harp that played the most beautiful music Jack had ever heard.

But there was no way for Jack to steal those things with a drone. He considered climbing the beanstalk and maybe hiding from the giant ogre, who appeared to have eaten a little boy for dinner the previous night (the bones were in the trash), but it all seemed like a lot of work and a lot of risk, and Jack didn’t feel like dealing with either of those. Instead, he flew the drone home and chopped down the beanstalk with an axe.

That night he had trouble falling asleep again, but eventually he made himself stop wishing he’d climbed the beanstalk to steal those golden items. According to his mom, there was nothing dumber and more naïve than believing in a fairytale ending. “For Christ’s sake,” she would say. “It’s the twenty-first century, Jack.” 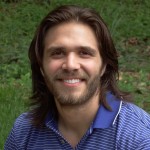