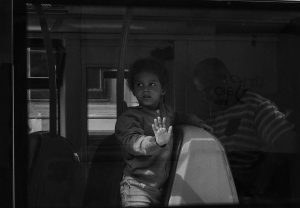 In the alternative school, the adults sit at desks and children instruct them on how to think more

simply. When the adults say “cognizant,” the children say, “There’s a better word for that: aware.”

And when they say “asinine,” the children respond, “There’s a better word for that: foolish.”

And when the adults say the message in Don Quijote is that it’s better to live in a dream world than in the real one, the children say, “No, it’s just about a man who went crazy.”

And when the adults say that Picasso’s frequent use of red conveys suffering, the children respond, “It was probably just his favorite color.”

Alejandro Pérez is a student at Columbia University in New York. His poems have appeared or are forthcoming in Star 82 Review, Gravel, HEArt Online, DelMarva Review, SOMOS Latinx Literary Magazine, Letralia Tierra de Letras and elsewhere. His chapbook Maybe the Trumpet is Human was chosen as a winner of the Boston Uncommon Chapbook Series. Being half American and half Guatemalan, he is caught between two cultures, just as he is caught between his desire to live in the real world and in the world of his imagination. 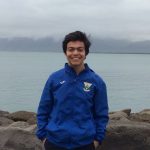