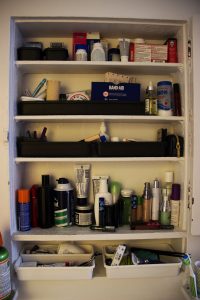 The opening salvo of meowing from the

hungry cat on the nightstand has devolved

a la the barn house cock,

to an incurable trope within the group.

They have started the last six hundred or more

albums in this way.

But when the house limbers up, after the initial

and crackling bone, we hear that familiar sonic range.

The wood floors creak with character and consistency,

an enveloping timbre in the timber.

the sliding door tracks open to the back porch.

Water hits the flowerbeds with a couple loud smacks,

and the dirt’s gurgling roots are dwelt on.

on the morning’s long battle with alcoholism.

The preference, it suggests, is in water.

on the car horns than some other Brooklyn

recordings of this era, and only hints

of road rage mark this offering.

The album trades the tumultuous for the timid,

the accosting for the accommodating.

Sunshine is captured with a classic low-fi fizzle,

and trust me, it’s tough not to hum along.

Layered in, behind the splashing of shower water,

the inner monologue rises, a risky

In the past, throughout the group’s oeuvre, we’ve seen

a tendency for the flagellant, for the self-dismantling.

Here, it’s different. It sticks itself out with this excerpt:

and we’ll see if the mood holds in later albums.

The day, after all, is a long, long thing.

Sean Lyon is a native Texan living in Ditmas Park, Brooklyn. He has a story published online at ‘Cleaver Magazine’, and poems in print and online at, ‘The Main Street Rag’, ‘Washington Square Review’, and ‘One Sentence Poems’. Twitter: @Tisbutehname 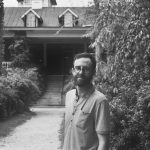