A Self-Guided Tour of the You Museum by Benjamin Brandenburg 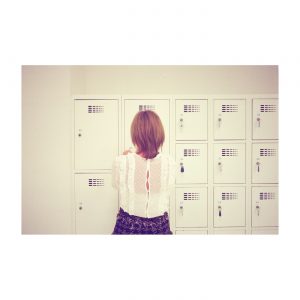 Taking a tour of the You Museum is not the same as lying awake at night for a number of reasons, the main one being because you are stuck in a public place instead of tucked in snuggly under the heavy covers of your double bed.

Before you begin the tour, do bear in mind that not everyone is here to see whatever you may have come to see. So please be thoughtful. When stopping for a photograph, step aside and out of the flow of foot traffic, staying as close to the wall as possible. And keep extraneous conversations and comments to a minimum.

You are now standing in the midst of history. Take a moment to absorb as much as you can of the look and feel of American life circa 1990, where our tour effectively begins.

Of course the first stop on our tour is not an intelligible thought so much as it is an excruciating pain, because pain is far more impressive in terms of early memory formation.

In this exhibit you find yourself still too young to truly talk, standing barefoot on a cold Formica floor. This seems to be the laundry room of your childhood home, as several indicators suggest, such as the washing machine and the ironing board, not to mention the hot iron that you’ve pulled down on top of yourself and then somehow improbably managed to catch.

Perhaps the most indelible image from this scene is your mother running up to rescue you—the first recorded occurrence of what would come to be a dominant theme. Note how young she looks here. Trace fossil analysis has shown that she was, in fact, five years younger than you are now.

Next you will enter the Pre-modern Wing.

Here we ask you to consider an exhibit that is at once ordinary, and also rather fascinating in its ordinariness. You are somewhere around eleven or twelve years old. At this time in your life you spent a large part of every evening all alone in your backyard, playing a primitive form of basket game that involved repeatedly throwing a baseball into a wicker laundry hamper.

Just to anticipate an obvious source of speculation, let us address one thing quickly before moving on. The You Museum was never meant to be a museum of missing fathers, although it often feels as if it is, especially when viewing these earlier exhibits. As you proceed on your tour, however, allusions to a father or father figure will taper off almost entirely. So please don’t feel too daunted going forward.

Rather than a range of contiguous years, the Romantic Period is delineated primarily by an underlying spiritual kinship between disparate events, the determining factor invariably having a great deal to do with the presence of unrequited desire.

Take the example of Julia Jordan’s locker, which was right beside your locker sophomore year. The two of you didn’t typically talk to each other, and yet here you are having a very awkward conversation in the hallway after lunch. The piece of paper she clutches in her hand can best be described as an ill-conceived declaration of love, most notable for having your name written at the bottom. This tableau depicts Julia asking if you saw someone slip the note into her locker, as a mixture of fear and confusion washes over your face.

The ultimate realization that she didn’t know your name would come as both a crushing disappointment and a huge, if brief, relief.

At least one prominent critic has tried to make the quasi-moral claim that you didn’t deserve to go as unnoticed as you did during the Romantic Period, but this viewpoint is still considered a kind of fringe position, falling well outside of the popular consensus at present.

Although relatively short in duration, the Neoclassical Revival does merit mentioning nonetheless. A significant amount of mental energy has been expended attempting to explain the radical shift that took place at this juncture in your history. As the name suggests, the Neoclassical Revival marked a return to many of the oldest and most venerable traditions of Ancient Antiquity, with slight updates made to incorporate the changing spirit of the times.

Artifacts from this era most often look like the pieces populating this specific exhibit, in which you are seen at twenty-three, sleeping on the couch in the basement of the house your mother shares with your stepfather Arnold.

It appears to be late afternoon here, judging by the way a beam of sunlight slants through the egress window and cuts across the unfinished concrete floor. Note the overwhelming harshness of that light. The feeling it evokes is quintessentially Neoclassical. Only during this time of tremendous internal tumult could a beam of slanting sunlight seem so, in a word, discouraging.

This final wing of the You Museum is currently under construction, a rather costly process which has been underway for almost a decade now. While we would like to tell you more about the Modern Wing, we’re sorry to say it’s still a work in progress, much to the chagrin of the museum’s biggest benefactors—mainly your mother and Arnold.

Other museums have already done things that the You Museum can only dream of doing one day. We would like to see a wedding exhibit sooner than later, for example, or something in a summer picnic setting with little children laughing and a babbling brook in the background. Or more modestly, even some minor career milestone to commemorate would be a welcomed addition. But as of yet there are no real plans for anything along those lines.

Please accept our heartfelt apologies and deepest regrets. And do take all the time you need to collect yourself and your belongings before leaving the museum. Of course we understand that no one could possibly be more disappointed right now than you yourself must be in you. 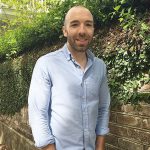