A Haircut and a Lollipop by J. C. Lazarus 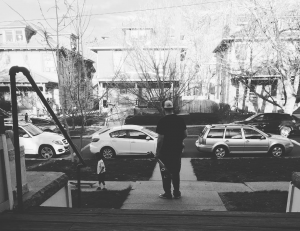 On a cold winter morning when I was seven, my dad took me for a haircut at a barbershop owned by a guy named Jim. Jim should have been born a woman because he was the biggest gossip in town. He loved a juicy story or bit of news where the subjects of the gossip were exposed to embarrassment, misfortune, or misery. He always had the dirt on just about everyone.

Jim was a stocky man with an oily black mustache and his fingertips always smelled of pistachios. I hated his laugh. He took forever to finish a haircut because he was always distracted by heated conversations with his customers about sports, politics, and religion.

My dad had a reputation of being a tough guy, but he was well-liked. He was a regular at Jim’s barbershop. I went there for haircuts less often than my dad since he had Jim give me a buzz cut every time. It drove him crazy how fast my hair grew, so he had my hair cut really short to stretch out the time between cuts. Every time Jim finished cutting my hair, he gave me one of the lollipops he kept in an old coffee can. The lollipops were always chipped, cracked, or totally broken apart within the wrappers.

That morning, when we pulled up in my dad’s old Buick, he complained about the lack of parking on the street near Jim’s shop. He nearly went somewhere else for our haircuts, but my dad was a creature of habit and although he would deny it, he loved hearing the dirt from old Jim just like

We stepped out from the cold and into the small shop, taking in the familiar smell of shave cream and aftershave. Even the cracked brown leather on the vintage barber chair had a distinct smell. I thought I heard someone say, “Yeah, he says he’s gonna get his” as we walked in, but I wasn’t sure. There was an old guy getting a haircut and three other guys ahead of us sitting in miss-matched chairs of wood and metal. My dad grabbed a small rectangular piece of wood with a number painted on it hanging from a tiny brass hook on the wall. Jim painted numbers on the pieces of wood to serve as a ticket indicating what number you were in line like in a deli. My dad looked down at me and smirked, holding out the wooden ticket for me to see. Seven.

“Lucky seven,” he said with a chuckle. “Same as your age.”

He handed me the next piece of wood and said, “Guess that makes you eight, pal.”

My dad got his usual, “Hey, Frankie” or a nod from the other guys there as we made our way to our chairs. On the way over, Jim stopped cutting what little hair the guy sitting in the barber’s chair had and gave my dad a friendly slap on his back. Although Jim genuinely liked my dad, I’m sure he too was the topic of his dirty gossip extravaganza from time to time.

An hour passed. Fallen pieces of cut hair were scattered at Jim’s feet as he moved around the barber’s chair. The conversation among the men turned to the game of poker. My father loved playing poker. He was an ace at the game, except when he was drinking hard alcohol, another love of his. My dad often played high stakes poker with the guys who worked in the local factories for peanuts as well as the big shots downtown. He bragged about demolishing amateur players he called “fish” and other guys who weren’t half bad and taking their money. The men waiting their turn to get a haircut laughed at my dad’s stories of winning and losing at poker. My dad joked about getting into a hole the last few games he played after having too much to drink.

It started raining fiercely outside when my dad and I were next to get our hair cut. By then,

there were a couple guys who came in after us waiting their turn. Jim started with my dad. He cut away the hair that reached down the back of my dad’s neck. I watched the clipped hair drop to the floor when Jim’s phone started ringing. It was an old rotary phone bolted to the wall within Jim’s reach. It was green like an avocado and its ringing sounded like a bank alarm.

“Just a sec, Frankie. I need to grab this real quick,” Jim told my dad before lifting the phone receiver. Jim never said hello when answering his phone. Just one of his quirks. He normally let the caller do the talking first.

The other guys engaged my dad in conversation about a ball game on TV the night before. Apparently, my dad lost his shirt on that one, but he laughed it off by joking it was buddy Jack Daniel’s fault.

Jim ended the call and returned to cutting my father’s hair. The rain was pelting the outside of the windows and claps of thunder could be heard in the distance. After Jim finished my dad, I took his seat at the barber’s chair. The front door swung open and a gust of wind and rain rushed in briefly as a man entered the shop. He was a mangy-looking guy with a brown corduroy jacket that was wet with rain. He had a squinted eye and coarse stubble on his face like a wire brush.

The guy wiped his wet face with a rag then he looked at my dad. “Hey Frankie,” he said. “Red needs a word with you outside.”

The guy went back out into the rain as my dad paid Jim for our haircuts. He looked at me in that leather-bound barber’s chair that was so much bigger than me, still warm from his body, and winked.

“Stay here, pal. Don’t go anywhere,” he said before making his way outside.

The barber shop was eerily silent. Just the ticking of the oversized clock on Jim’s wall and the faint buzz of the fluorescent lights overhead could be heard beneath the sound of the driving rain.

“Hey kid. How you been?” Jim asked as he tied a vinyl cape around my neck to start cutting my hair. I was about to answer when I was cut off by the sounds of men yelling outside. Most of the words were muffled by the rain hitting the window panes, but I distinctively heard a man shout, “Where’s my money?”

I looked at the other men sitting in their chairs. They remained silent, ignoring the shouting outside. They looked away nervously. Jim cleared his throat. He stared blankly at the blue liquid in a disinfecting jar on the counter in front of us until he noticed my warped reflection in the glass looking back at him. Jim turned his head and looked towards the windows at the front of the shop. We heard my dad pleading for mercy. His words were cut off by the sounds of loud thuds and smacks, which I knew were the sounds of him being savagely beaten.

I hopped off the barber’s chair and ran to one of the windows. In the rain-soaked street outside, the mangy guy and another held my dad’s arms, propping him up. A third man hit my dad’s legs repeatedly with a baseball bat. Even with the rain streaming down the outside of the window glass, I could see the anguish in my dad’s face as he started to lose consciousness from the merciless beating.

In that moment, I felt a hand settle on my shoulder. It reeked of pistachios. With his other hand, Jim pulled the chord on the window blinds, drawing them closed to obstruct my view from the horror outside. I fought back tears and took a deep breath as he escorted me away from that window and back to the barber’s chair. As I sat in that chair, I tried blocking out the sounds of my dad having his legs broken outside.

“Sorry kid,” Jim said as he reached into the old coffee can. He pulled out a lollipop and handed it to me. It was red and perfectly intact.

J. C. Lazarus is an emerging writer of Fiction seeking publishing opportunities. Born Joshua Lazarus Carreiro, he lives in Massachusetts, where he was raised in a Portuguese-American household. J. C. Lazarus draws inspiration from the world around him as well as from his own personal experiences. His stories are thought-provoking and although they sometimes may be tragic, the essence of his stories is the reality and the circumstances his characters encounter and how they are affected, for better or worse. 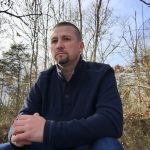