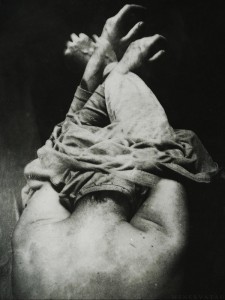 They sat outside, in Kolipada’s only bar — a dimly lit, stained-walled room with a ‘patio’ holding two plastic tables and a few chairs. Mumbai elections were around the corner as was Ganesh Chaturthi, the festival celebrating the elephant God for eleven days over free meals and thumping Bollywood hits. To them, this meant one thing — a bomb could explode any moment, anywhere in their neighborhood, triggering communal tension and replacing one political leader with another.

After the terrorist attacks in September 2010 at one of the city’s biggest luxury hotels, the Raj Mahal was renovated and remarketed. Sonu, Bansi, Abdul and Francis were part of the hotel’s new staff, but this did not prevent them from recycling stories about the attacks they would hear from older employees, acting as if they themselves had been eyewitness to the horror.

“A firangi couple tried to escape tying bed sheets to their room’s window,” Sonu said, helping himself to desi daru. “The man fell on his way down to street level and got paralyzed. The couple sued Raj for ten crores!” Sonu worked as a gardener at the hotel.

“Sister fuckers! If we fell from the window and got paralyzed, would they give us money?” Bansi spat on the muddy floor where a jug was tossed away, empty of the cheap country liquor Bar Fancy specialized in. “Everything in this country, everything everywhere sucks up to white skin.” He slapped his arm and killed a mosquito. He worked as Raj’s watchman from six in the morning to ten in the evening.

“Not true, mian,” Abdul, the cook said. “There were many foreigners in the wedding party I was serving. The terrorists asked only for those with American and British passport. The Italian there got spared.”

“British or American, tell you man, no one more precious than Jews,” Francis, the janitor said. “If they had Jews by the balls, they would release every other gora ass.”

“Anything done to Jews and America would not spare Pakistan,” Abdul said.

“Anything done to Jews and America would not spare any country,” Francis said. They raised their glasses to touch each other’s.

Every time Kolipada geared up for a national holiday or a religious festival, their recollection about the 2010 attacks got longer and louder. Across the open sewer running next to the bar, two men were erecting a wooden stage for a gigantic idol of Ganesha to be first worshipped in public by Kolipada’s ruling politician who would arrive the following day in a bulletproof limo with his crew of bodyguards.

“I’ve to say–” Sonu closed his eyes, as if focusing hard to sit still. “A Jewish tourist helped children get out first. I saw his photo in the newspaper few days later.”

“One Jew! What about the hotel staff, cooks, bellboys, janitors, what of that, boss? They helped the wedding guests, NRIs, goras, women and children get out first.” Francis cringed at the click of a camera. “You saw any of their photo in a newspaper?” He pulled his chair closer toward his buddies to avoid looking at a white woman photographing them from a distance. Beside the stage for Ganesha, stood a huge Deluxe bus with GoLoco Travels written across its body. He couldn’t stand the tourists visiting Kolipada in growing numbers after the success of some English movie showcasing life in Indian slums. At least the goras at Raj were there for a reason – a wedding, a business meeting, or just enjoying the food. They did not gape at him and his buddies as if they were circus dogs.

“Life and death not in hands of God, bhai, not a question of skin color or country. All about who has what in bank.” Bansi rubbed Francis’s shoulder; he understood his friend’s irritation. “One who escapes death is the one with most moolah.”

“Or luck. A bullet hit one cook’s leg and got blocked by the beer opener in his pocket,” Abdul said.

“One gora jumped from his window and died, while two motherfuckers waiting in their room got rescued.”

“Life or death in whose hands, mian?”

“Smart move that would be, sister fucker. In a city like this, how long would five lakhs last?”

“Five lakhs, ladies and gents. Our price if we die saving hotel guests one day.”

“More like five hundred plus. News reporters, sons of whores, always reducing number by half.”

“And four cooks helping others were Muslim. But think about it–” Abdul poured more daru in his glass. “We Muslims — always the media’s bitch, the white man’s bitch, America’s bitch.” He took a big sip, squinted, and exhaled out loud.

They continued their stories while other men filled up other tables at the bar – construction workers, taxi and rickshaw drivers, fishermen, street hawkers, all wrapping up their week, hoping for a break from September heat, from the soreness in their muscles. Some would pass out by their table, others would visit a brothel, and yet others would go home and beat their wives.

One man looked at his watch and yelled at the ten-year-old waiter to switch the channel on the television balanced precariously over a stool inside. “Bomb threat at City Central station again today, motherfucker,” the man said.

The fisherwoman bellyrolling amid hordes of drunken men on TV had given way to news images where a plane slicing a skyscraper alternated with people of different color smiling, repeating, “I’m an American.” Bar Fancy was transitioning into a new day, but somewhere far away, time ran slow.

Namrata Poddar holds a Ph.D. in French Studies from the University of Pennsylvania and Andrew W. Mellon Postdoctoral Fellowship in Transnational Cultures from the University of California, Los Angeles. Her creative and critical work have appeared in many journals, including International Journal of Francophone Studies, Research in African Literatures, Dalhousie French Studies, Cultures Sud, The Missing Slate, Lowestoft Chronicle, The Margins, and forthcoming ones in Sociopoética and Transition. She is currently an MFA Candidate in Fiction at Bennington Writing Seminars and English department Faculty at UCLA. 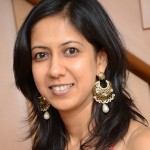