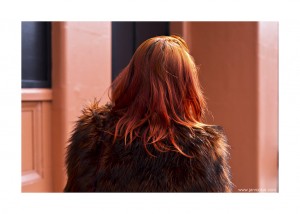 my mother
and my mother’s mother
understood the process of fermentation
or: the art of waiting for time

time being a slow burn
a narrow flame

the same way ‘to’ and ‘gether’
fly south, in union, for the winter

i, on the other hand, never knew how to swallow words
that were meant to howl and rove in the moonshine
potent and ripe
a palpable rise and fall

i understand linguistics:
the study of a current with an appetite
for lonely drifters who
know their capacity for drowning

Nature is all one substance; she’s not at war with herself. We, too, are members of the one body…mutilate that and the whole body suffers.
-Henry Miller

i.
ivy curls like
kitten claws, clinging to the abandoned stone
grey walls that crumble and sink
as they become swallowed by the surrounding green
the man made handiwork – a stamp on the land
now engulfed in earth, consumed
seeking life support from breathing hands
and inside the structure, a wooden bench
merges with the soil
damp and disintegrating
an illusion of inevitable union
masking the struggle

ii.
she grooms herself
bathing in the fire
as it eats away at the landscape
tsunami, incinerator

iii.
nature’s dinner party:
oikos – the sacred space
we drag our feet over the threshold
to take our place at the communal table
we sit, hands clasped in our laps
knuckles white
stubborn headed children
refusing to eat our greens

These Things Happen in Fives

i.
friday evening
feet up (it’s dusk)
wordweaver
the way a loom works is repetition
down and up and in-and-around
weaving is a form of navigation

ii.
this is how you complete the pattern:
tack your words neatly to your forearm
cotton breathes better over supple, pristine flesh
naked and infantile, the northern star abides
when the desert winds calls
cartography, make this state your own

iii.
i am a lover in the shape of a falling star
enamored of the atlantic chill
inamorato/inamorata
in armor
armored
the battle cry sprung forth in the spring

iv.
i know i was late but i made it in time for this:
“Versing, like an exile, makes a virtuoso of the heart”
even an empty vessel is by name a vessel, and
language, in contrast, seeping and soggy,
uncontained, malleable, tar-river flow
this is a process

v.
flypaper walls – i have four
that act as a late-night-steam-operated printing press
this room speaks in impressions:
step back
this too
is an impression

Lucia Pasquale is currently a student of English Literature living and studying in Cork City, Ireland. Originally from California, her work is heavily inspired by the western landscape, resulting in the creation of dreamscapes and musings that explore life, love, and the intricacies of simply being. Lucia’s writing draws upon her surroundings, general mind wanderings, and day to day interactions. 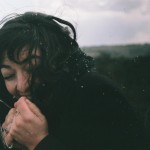