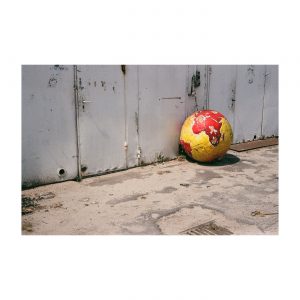 striking the south, trying to wash
off their blood, but lynchings soak deep
into the brown soil. This mahagony Earth,
she is a black woman.

her sister, she is a black mother.
And now she is avenging her sons
to spite our effort to own them

She refuses to be owned.
Smashing our ships into bits,
she laps at our borders,

laughs at our boundaries.
She is woman like water.

She was always.
She will be always.
Did you hear the myths about the great flood
when she was done playing nice?
None of the myths say, or perhaps they all say,

in one way, or another,

“She flooded us, because we deserved it”
Because her sons were already marked for

servitude before their heads crowned from their mamas,
crowned by their papas.

Don’t talk to me of climate change.

Talk to me of consequence.

Climate change is consequence and so are

What is she saying in this,
her new language?

I wonder “Why did she tarry so long?”
The ocean, she is loving, that woman,

that water, that mother.

She put up with our tantrums,
warships raging.
She endured our capricious youth

spilling oil and refusing to clean our room

What good is she,
a woman who can’t be consumed?
We can’t even drink her, as the years have made her salty.
Bitter, this Moira, avenging her babies.
Is there any forgiveness left?
If ‘Hell hath no fury like a woman scorned’
should that woman have a child,

Diane Popenhagen has authored humor columns in magazines and newspapers, as well as acted as editor for a publishing company. Ms Popenhagen earned her MFA from Lindenwood University and teaches English at both the high school and college levels. Her work has appeared in Dirty Chai, Soundings Review, Foliate Oak Literary Journal, among others. 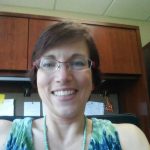