The country where he was born had scorched hills and quixotic animals and wise elders with spectacularly gnarled toes. But it also had knife crimes where there was no mercy and people barbecued dogs, and those elders were diabetic drunkards full of juju balderdash.

Catherine McNamara grew up in Sydney and ran away to Paris at twenty-one to write, but ended up in West Africa running a bar. Her collection Pelt and Other Stories was long-listed for the Frank O’Connor International Short Story Award and semi-finalist in the Hudson Prize. Her work has been Pushcart-nominated and published widely in Europe and the U.K. She lives in Italy. 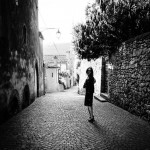