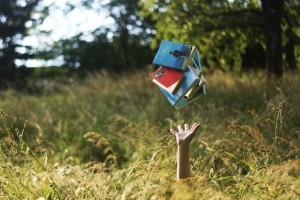 Still, I’d like you all to read it. It’s three * five * ten * fifteen * other minutes out of your life. This is (five) minutes you’ll never get back.

Ars longa, vita brevis, no more so than after you finish this.

If you like it you’re a pack of morons.

If you like it, it’s confirmation this is a staggering work of genius. Or hobbled genius, really. Crippled, to be honest.

I respect your opinion.

You just don’t get it. I don’t give a damn whether you like it or not.

I thought the title was pretty good. And the ending. What do I know?

If I don’t know whether it’s any good, how can it be any good?

I just jotted it down.

I wrote it on break.

I wrote on my phone lying in bed. I don’t know what to do with it.

I worked on it for hours.

I worked on it for a week.

I’ve been working on this for years.

Be kind. Don’t tell me. I want to know. I’m relying on you. Why am I showing this to you? I don’t think you’re in a position to appreciate this. I don’t think this is your thing. What is this thing?

It’s a piece of crap.

It’s a platinum turd. Well, I liked it.

Well, I liked it when I wrote it, but now…

Now that I’ve read it out loud…

Now that I’ve heard your comments…

I did it all in dialogue.

I may have ruined it.

This is a fake memoir.

This is just awful.

I almost didn’t bring it.

This is a beginning.

It’s brilliant. That’s all you need to know about it!

I can say nothing about this.

Don’t write that on the disclaimer.

Yeahhhh….I’m not married to it.

I’ll take that under consideration.

This is like my diary, cause I got nothing else.

It’s all there, but it’s not all there.

This will change, so don’t get too attached to it.

One person’s heart is another person’s ass.

Yeah…ahhh…nooo (hand gesture of your choice).

I did write a bio, but even I didn’t believe it.

Yes, I spent a few months sandwiched between Danielle Steel and Dan Brown, but they kept telling instead of showing. Crushed between Dan/ielle with elbows pinned, I was unable to form letters on the square of lamb’s parchment I had bought for the purpose.

I’ve spent my life on a razor’s edge between Danielle Steele and Dan Brown – can you see, out beyond the horizon, the literature? It was a pleasure, actually many pleasures. No, it was fucking ecstasy!!!! And so, I ecstatically, elastically, aphoristically wind the hot hair from the eye of the stormy romance between steel and screw(ed) on sultry scented stationary, with feeling and discernment, and, yet- wait; I digress. 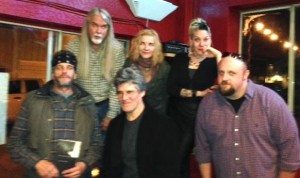