At Work by Steven Dunn 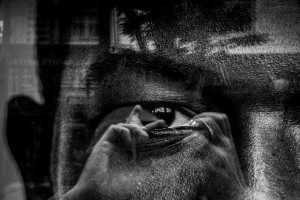 Sarah said my sister’s name, Sha’Queesha, was a made-up name. As if the name Sarah floated from the sky with a snowflake and her mom caught it on her tongue and it dripped pure onto the crown of Sarah’s then unnamed baby head.

Hunter hung his Seasons Greetings sign on the cubicle while straightening his Santa hat and asked if I was in the spirit. I said, No. But that I was ready for Kwanza. He said Kwanza was a made-up holiday and offered me a candy cane.

But . . . over time, your people, have gained equality, said Bill when I told him I didn’t celebrate Independence Day. Because my great, great, great, great, great, grandparents were certainly not watching fireworks on July 4th, 1776. But everyone loves summer time and cookouts and freedom, he said, it’s so fun, plus there are all types of sales. How can you not love the 4th??

Heather rolled her eyes to herself at Bill. In the break room she told me privately that what Bill said was pretty messed up and insensitive, and that it is unfortunate that other white people continue to talk over people of color. It’s just chatter chatter chatter, she said, that’s all it is, is just chatter. Which made me think of white noise. And how Heather won’t say anything about it to other white people. So that is white silence.

But whatever, I can leave work. I don’t even have to go to any of their all-white neighborhoods to their dinner parties where I’m the only non-white person, like the last few times I went.

I’m also a writer, and I’ll probably read this little piece aloud at some point, which means I’ll be reading it in a room full of white noise and white silence. And I’m not sure if this piece is adding to the noise or the silence.

So I gave up on writing about my lived experiences and became a fantasy writer. I am currently shopping around my first fantasy novel: where white people, who realize they too have made up names and holidays, genuinely celebrate non-white people. And white authors write stories about racism, participating in racism, perpetuating racism, benefitting from racism, and so on.

There is a publisher who is very interested. He says the writing is great but it’s too serious, and a tad too didactic, and not very fantasy-like. I try to argue that this shit is serious for a lot of us, and besides, there’s nothing more fantasy than that. He says, I know, I know what you mean, I really do. But what I mean is fantasy for the people who will be buying this book.

So I change the setting from a progressive metropolitan area to a vague British-like countryside with castles and fog and shit. And I change white people to elves. My fantasy novel is now selling well, and I get a lot of fan mail from white people who are just shocked and disgusted by those elves’ previous behavior.

Steven Dunn is the author of Potted Meat (Tarpaulin Sky, 2016) which was a finalist for the 2017 Colorado Book Awards and on VICE Best Books of 2016. He was born and raised in West Virginia and attended University of Denver for Creative Writing. Some of his work can be found in Blink Ink, Connotations Press, and Granta Magazine. 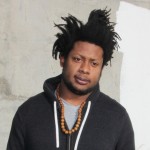