Word of Mouth by Robert Libbey 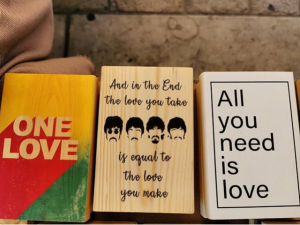 I knew a guy who knew a guy who was looking to beef up his security crew. Maybe it was the nickname: Moose. A week later I was behind the barricade in front of the stage in the men’s gymnasium at SUNY Binghamton ensuring no one bum-rushed the Beaver Brown Band or John Cafferty.

The gig was easy money + the perks of chatting up cute collegians while mid-shelf acts like Squeeze did their schtick. Once, I tossed a towel to Johnny (Cougar) Mellencamp to help him stem his flop sweat.

Word came down early in Sept. that late month The Kinks were next in line. The Kinks! Forget the Ramones and Pistols: they were punk before there was a word for it.

Word of Mouth was their new album. I plunked down eleven bucks for the cassette, which =’d 11 tracks of clunkers. Night of the show it was LPs: Face to Face as I shined, then laced my Doc Martens; Low Budget’s “Superman” out the door…

I landed dressing room detail. They’d repurposed the weight-room: barbells and whatnot pushed to one side, the other cleared for their gear. Then they arrived.

Without even a nod the brothers Davies et al strolled by: Ray—shaggy, thin but taller than I’d expected; Dave—shorter, road-tired he plopped down in a chair right where days earlier I’d done sets of deadlifts. It was clear they weren’t to be bothered, but that didn’t stop their famous bickering. I was hoping for some fisticuffs but fresh off the bus they didn’t have the steam. Too bad.

The show went on anyway, and that was good; even great, at points. Sure, they had to promote the new dreck, but they really got the crowd going with “You Really Got Me” and Ray had us eating out of the palm of his hand with “LOLA”: the crowd parroting L-O-L-A at his suggestion.

I can’t even remember the encore. Back in the dressing room I grabbed a set list and asked Ray to autograph it. He ripped it right out of my hand with a “who the f- said you could take this?”

But I get it now. Vinegar and piss in the face of glory days fumes.

Here’s to you, Ray [raise a glass]. The drink? Champagne (that tastes like cherry cola…).

Robert Libbey lives in NY where he serves as a cog in the corporate machinery, taxi driver for teens, and caretaker for various animals. He has recent nonfiction up at Cowboy Jamboree (Jobbers), poetry at Ligeia, and flash fiction at Anti-Heroin Chic, Cabinet of Heed, Hoot, Spelk, Drunk Monkeys, Flash: The International Short-Short Story Magazine, Brilliant Flash Fiction, etc. On Twitter: @libbey_robert 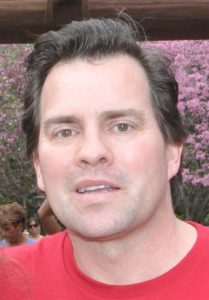