Their Wings Outstretched and Wide by Melissa Goode 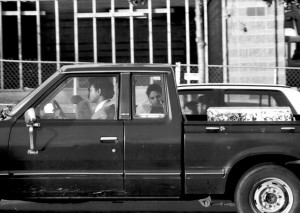 He picked me up from the Mercy at night. They had put me in a gown and my feet were bare. He came inside the curtained cubicle and helped me dress, as if I was a child. His fingers against my skin were cold. I smelled his last cigarette. He pulled on my shoes for me, his head right there between my legs and I put my hand on his dark head. He pushed his forehead against my knee and I felt it like falling.

It wasn’t a question and there was nothing else, just my name.

We drove home and once we left town the only light came from the headlights. The night pitch-black, when last night there was a yellow-gold moon. Inside, the dash glowed with tiny, colored spots. His face was a mask that I couldn’t read. The bones of his face were seized, rigid. Then I saw it, his jaw moving over and over. And Sam Cooke sang on the radio that he was afraid to die.

He put me to bed, pulling the covers up to my chin. He sat on his side of the bed and smoothed my hair. His hand held mine. I ran my finger over the blister on his finger that seemed new, from work that day. The layer of his skin so fine and pink, holding a bubble of water.

I woke at dawn to birdsong—it was the sound of my childhood—their lilt and warbling, their throats full with sound. The early light seeped in around the blinds. His side of the bed was empty and cold. I got out of bed, slowly, and put on my robe. It was turquoise, silky, printed with crane birds.

Melissa Goode’s work has appeared in Best Australian Short Stories, Split Lip Magazine, New World Writing, Atticus Review, Cleaver Magazine, and Jellyfish Review, among others. One of her short stories has been made into a film by the production company, Jungle. She lives in Australia. You can find her here: www.melissagoode.com and at twitter.com/melgoodewriter 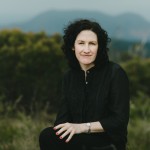