Whoever They Were by Dan Malakin

They – whoever they were – fed acid to all the cows. It passed through to their milk, and everything stopped while the country went on a communal trip. It’s hard to hold a dinner party while you’re watching the walls oscillate.

Tomorrow will be tough!

That was their manifesto, whoever they were.

Various symbols began to appear, bats nestling in belfries, or sparrows soaring. Other animals too, mice, rats, moles, voles. The number one talking point was whether the nestling bats meant we should stay in our homes or if the soaring sparrows meant we should be running away?

Then came a plague of magpies and everyone hid their jewellery.

But something was happening. We were enduring all these awful things, but we were still here. Across a billion discussions, it clicked. We’d been convinced that we were weak, defenseless, helpless. That if anything bad happened, we would cower beneath our IKEA furniture and wait to be told to come out.

We were the small animals – the bats, sparrows, mice, rats, moles, voles, whatever.

With the help of whoever they were we realized that those in charge saw us merely as vermin to be controlled.

The governments of the world are scared. They’re imposing curfews, rations, martial law, but it won’t stop us. We have the momentum.

Everyone’s having the same dream where they’re skating to heaven covered in roses. Some say it’s because there are still traces of acid in our blood, but most think it’s because we’re no longer afraid. 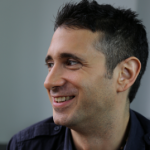