What Do We Do With The Silence?
by Cheryl Anne Gardner 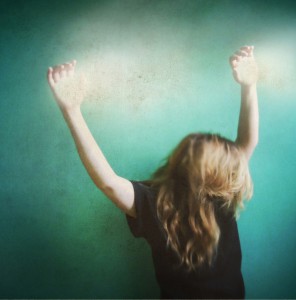 A light wind swept through the greasy strands of her hair, and the sunshine just laughed at her.

She said she didn’t remember me.

“But I loved you,” I said, to which she replied that love was a terminal indignity; then she reached in through the open window and flicked her cigarette ash on the seat of my car as if she were lobbing a grenade. The burning ember scorched a hole in the leather, and she said she was cheaper than it would cost to fix the upholstery.

I didn’t care what she cost. I thought she was brave, braver than I ever was — living amongst the corpses — the spring rains bringing only pain to the sisters swapping passports on the street corner. I don’t know, it seemed like fair trade to me: a prayer for the weight of her worry, so I asked again, “What’s your worry, girl?” but this time, she didn’t answer. She must have remembered that I’d asked her that once before, in the dark of a confessional. Asked her if she watched the toaster-oven with ice crystals sculpting her hair? She’d said she had, that she liked to stick a fork in the red-hot coils. She called me her piano man then, and I’d wondered how many others she had.

And she said, yes.

How then? I’d wondered.

They taste good, was her reply.

“So how does it make you feel … when you taste them?” Only this time, she refused me, picked at her fingers, and I knew, then, that it made her feel warm and tingly and a little dizzy in the knees. Like God … Like Love.

“Do you love them … these piano men?” I’d thought she might, but she’d said, no. It was a No with a question mark, so I didn’t believe her. It seemed so cold when she said it.

NO, she said again. I love only you.

I told her I played the clarinet not the piano, and she laughed at me. It was a laugh that had made me forget about the world outside. A laugh that had me pause before I asked if all the piano men came to her like this: like me. Of course, she’d said, yes, and I can remember  wondering if they called her “babe” before they set the clock radio next to the bed in the burned out hotel room she called home. Again, she said, yes.

It’s digital. They set it for their escape.

And I asked, “Theirs, not yours?” but she didn’t answer. She just smiled, red chalky lipstick scraping against dry teeth.

She had that same lipstick on now; it rippled like the heat off the pavement. I tugged at the white plastic pressing against my throat and asked her for a cigarette.

She said, no, that I was chronic, that I had no originality, so I told her I thought the sky was going to change. Not today, but maybe tomorrow: the rain would come. She just looked up into the sun, lit another cigarette, and blew the smoke directly into my face. She said she didn’t mind the winter rains, said the sun was rough, sharp toothed, and she was right. I could see the creases in her skin now, and how the solar flares off the hot tin roof behind her had satisfied themselves once, politely, in her beached out frizzy hair. I rolled up the window, pulled away from the curb. They didn’t need her like I did. Didn’t want her like I did. Didn’t have to have her like I did, but I would try not to think about her, would go about my days, keeping her close in the silence … until the cold came … until I knew I could be her confessor again.

In the icy rain.