Untitled Portraits of an Imaginary City by Ariell Cacciola 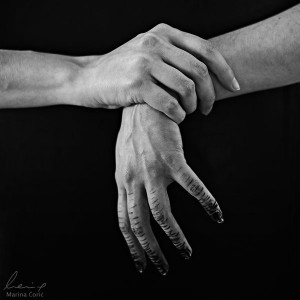 The people who lived here had no legs.
They slid on the ground,
their torsos wretched from
the gashes and bruises.

It was a crime to break glass
and leave it there.
You could be taken away;
lashed, bashed, and beaten for your crime.

I walked through the city.
My knees were bleeding.
I was on my way home from the war.

The air smelled like salt
but the city was nowhere near an ocean,
a harbor, a lake.

The legless people could only float
on their backs, anyway,
as if they were babies learning to swim.

But if they could hurl themselves in,
their wounds would pierce and pulsate
and they would feel pain in reverse.

I felt the salty air pummel my ripped skin.

A man with a body so torn
and carved, looked up at me.

He said, “Son, are you returning from the war?”

He did not wait for my answer before
he continued, “We have heard nothing from the front.”

I told him of the piles of limbs—
mostly feet. The surgeon’s saw
made a mess of many men.

“None of our boys went,” said the man.

I spat on the ground
and shoved my hair back.

It was matted from the dirt
and the blood and the feces.
My skin was covered
by flecks of other men.

Rough and haggard, I could not look at
my hands and ignore what they’d done.
Untitled Portrait, 4

There was no color in the city.

The walls were gray.

The streets were gray.

The fingernails of legless mothers were gray.

When I looked at the torsos,
at the slugs that crawled on the ground,
I thought that they could be
part of a circus troop.

A sideshow.
A freak show.

But they would not know what that was.
They had no fabricated happiness here.

My knees trickled gray blood down
the condemned street
and I looked past the city
and nothing was there.

Ariell Cacciola is a writer whose work has appeared in The Brooklyn Rail, Necessary Fiction, Litro Magazine, among others, as well as in journals and anthologies in Europe and the US. Twitter @ariellcacciola 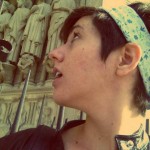