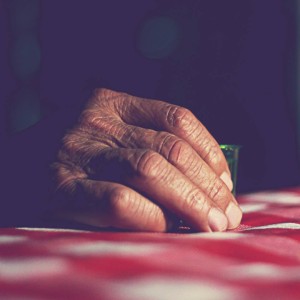 Balls to the Rat

and boots aside snapped capsules. She lights a candle and places it, along

with a fistful of Snapdragons, inside a carbonized ring on the asphalt where

She comes here at least once a week during the winter and spring months,

slightly modified, caramelized; or, take someone else’s child, someone she

could ask questions of, swap curses with; someone she could feel anger in.

She gave birth to 2 boys. And the other?

His street name is Rat. He’d spent time in Europe. He was sweaty and overly

talkative in the mornings; a can of Pabst in hand, leathers stuck to him like

wallpaper on a nervous surface. One was always waiting for his kernel to pop.

The old man had him committed once, after Rat had smacked his mother

and accused her of being a propaganda machine. The men in white came,

flushed him out from behind the couch, wrapped him tight and funnied him

But the old man caved. In tears came and took Rat out of the asylum on

was in Prague, decked out with moldy leathers, swilling those fine lagers

Years passed. His tail at ease and seemingly untraceable, the Rat plunged

lips – and awoke on a gurney, drugged and groggy, headed back to the States

and a padded, leather-less existence.

She gave birth to the 2 of us.

I forgot my comb

I stared at the expanse of a matchbook

like it was the prologue of my supine dramarama;

the “…no scraps, no additives, no Bull” gibberish

made tolerable only by the photo

of a denim jacket

her lips locked on the filter

in a tight drag

suspended between time and

loped across the piano

and the snaky charm of the bass

A rebound tucked among the wild pulse.

I sat glass high in a club

and that swing swelled into a dance-a-thon,

moving the throng of beaten animals

freaked with losses and 10% heartbreak.

whisking to that song,

the one we began our swing lessons to…

I hate that song.

Without you I savor the smoke,

the black and blue duds,

the cut-rugs, and humor at the expense

I stared out at waist high gyrations

and I sipped my drink.  I almost danced,

and invested of criminally precise steps.

But that song – with its hoo locked into

echoes in the ears

when shut for the final time after

the last of one’s belongings – the martini glasses,

the vinyl collection (ooh the Esquivel)

the styling gel – have been

retrieved and dumped into gym bags

and the key dropped into her beautiful palm

in a handless return.

It’s not as though I demand attention.

I’m no Astaire on the floor

I sat as a presence absent of flair.

A present tense with perfect hair

out of time in this hail of foot infection.

though lively, is too dong ding

for my anthemic leanings.

These aren’t the voyeuristic musings of a flea

…no I just wish it were Saturday morning,

that my hair junk were sore

and I just mixed a Bloody Mary

Sean J Mahoney lives with his wife, her parents, two Uglydolls, and three dogs in Santa Ana, California. He works in geophysics. Sean was out-boozed by Franciscan monks in Ireland and swam with Whale Sharks in Mexico. He believes that punk rock somehow miraculously survives, that Judas was a way better singer than Jesus, and that diatomaceous earth is a not well known enough gardening marvel. His work has appeared in print and online. He dabbles. 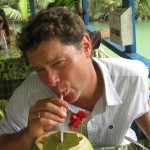