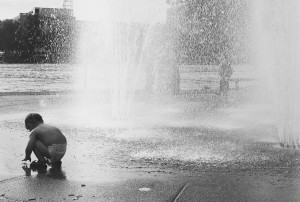 _How many times did I wish for a suede cheeked Nana?

A grandmother with a house in a landlocked state

where I would summer unruly and come of age gracefully,

shaped by her wisety and love of the land?

Who would tell me about brassieres

and men and peeling apples.

Who would understand my rages.

I didn’t have an apple Nana.

They were both women born of an era of smoke.

Smoke that stuck to the grain in the wood.

And in the sky of the burning valleys.

Smoke settled and green at the foot of the hills in the time before hybrids.

Smoke that came only on birthdays

and lingered briefly when the candles were out.

I always heard about the broken things.

The broken farm of a death too soon.

Broken china in the sea of a kitchen.

They were skinny and hard.

Never knowing what to say to me or why.

A soft belly and a heaving bosom.

I yearned to be bossed in way I would listen.

Wanted stories of the war and how they fell in love.

To know about the time of non-essentials.

And where their parents came from.

My curiosity made me uncharacteristically shy.

Who cares about the ficus in the living room the shape of a girl?

Which is why I needlessly adjusted my training bra

by her hospital bedside one broken hip ago.

And she noticed before she died that I would be a woman soon, like her.

Which made me rage inside with pride.

I was a timeline on fire of her past and my future,

all from a comment, raised eyebrows and a tip of her head.

Their habits eclipsing their life.

I was left dumb, a grandmotherless girl with no history,

who knew nothing of casseroles or welping boxes.

their heads are lined up on puffs of clouds and looking down.

To see me cleaning paintbrushes. To see me typing this.

To see me wear lipstick and gold and turn down cigarettes.

And to watch me secretly break porcelain when I’m angry.

If there is a booze soaked cork dance floor in death, they are there.

But also, they are here. Not in the stories I heard from them

or the summer picked peaches of wisdom, but in me.

This artist. This woman.

Two Pianos In The House

Three hundred trips to see grandma in the hospital

Four dog eared pages of The Growing Up Book

Five hand me down training bras.

One trip to the mall for pierced ears

Three notches on the bedpost

One trip to Paris

Lots of cards with money.

Ghost animals all around.

Two walks around the block at Christmas with my Father

A place where paintings used to be.

One meal a day

A pantry full of cans

A freezer full of food

One house with blood

One childhood boxed inside.

One childhood covered in glass and leaves and rain.

One different car in Mama’s driveway.

No tea cups in the cabinet.

Two pianos in the house

Chelsea Bayouth is a poet and artist from the San Fernando Valley in Los Angeles. While getting her BA at CalArts she was heavily involved in creative writing and was mentored by the likes of Douglas Kearney, Maggie Nelson and Anthony McCann. She has performed at Beyond Baroque, The Last Bookstore, The Levitt Pavillion, Poetry Solves Problems, and living rooms across LA. In February 2014 she published her first book of poetry, Beaus & Eros.Chelsea first began writing at the age of eight when a blank book was given to her at Christmas. Hence, her childhood was spent in her tree house composing prose about bugs and animals. She is inspired by monsters and aliens and she owns a lot of wind chimes. When she isn’t writing, she is creating terrifying animal masks that she is running out of room for. Her poetry now, captures her unique experience of womanhood as a human animal. She is waiting for the mother ship, she is falling in love, she is taking the potion. And she is currently making progress on her first novel. 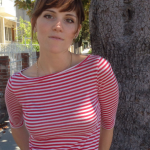