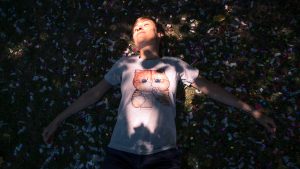 under the plumeria tree,

under the sun, slid out

then asunder some ants, some stones,

some loam and moss under

torn cuticles then between thighs

up, spread out, one summer.

then, one summer, came another,

laid out on the leaves, sweat

dripping down his brow, then navel,

where the roots were wet and his hips

were wet too, his torso

stretched to sinew, bones made to break.

and break they did under

the plumeria tree, among

the roots choked by red weeds

and black stones and yellow blossoms

Originally from Oahu, Hawaii, Jacob Aplaca lives in New York City where he teaches at Hunter College and pursues a PhD in English Literature at the CUNY Graduate Center. His poetry has appeared in PANK Magazine, Yes Poetry, and Impossible Archetype. He also has writing featured on McSweeny’s Internet Tendency. 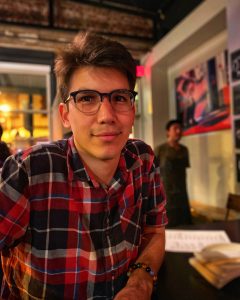