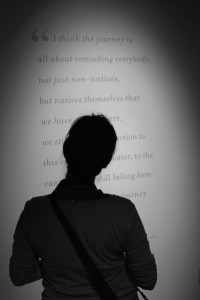 They say you were a Cree Medicine Man
So long ago, as a young woman, I remember you
I remember you watching me,
Following me on your crutches, telling me ancient stories, as your
Magnificent long black braids shown in the sun.
Gifts you gave me of muskrat, eagle feathers, and a bear claw
medallion. Gifts that have carried me through
The decades to this grey-haired present.

I know you tried to keep me from that peyote tipi
But the desert medicine called
To an Indian journey of love, hate, resistance,
Battles won and defeats endured.

Cree elder, did you sway me that night with your love medicine?
Did you make me fall in love with that Ojibwe warrior
Because you could not have me.
Thirty years later, I cannot look his way
Without thinking about that star filled Stoney night.
And that glorious morning, when life and love filled my spirit.
It is too late to bury that bear claw now.

They led the way
Our beautiful Chicago Indian elders.
Back from hundreds of years of
Fear, destruction, death, obliteration.

They led the way
Using the tools of thousands of years of knowledge.
Observation, truth, perseverance, prayer,
Made the way for us.

They led the way
Through caring, laughter, song and dance.
Carrying our burdens, our tears, our weak spirits
When we could no longer stand.

They lead us today
With a smile, a reminder of days before.
While they hold us up
Spirits united in the joy of the gift of life.

Wiese has taught as a professor at NAES College, Truman College, Triton College and is currently an adjunct professor with Eastern Illinois University. She founded the Medicine Shield College program affiliated with EIU in 2006. She currently serves as a director with the Cook County Health and Hospital Systems Board, the Chicago American Indian Health Services Board, and the WTTW Community Advisory Board.

Wiese enjoys Pow Wow and Native American Church music. She holds a doctorate degree in Leadership and Policy studies from Northern Illinois University and an MA in Social Science from the University of Chicago. 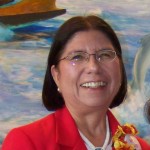