You’re not allowed to be too intelligent. Stick with being articulate. Don’t be too logical or reasonable. Don’t score high on standardized tests, even if you test well. If you get into a “good” school, know that you only got in because you’re a minority.

You’re not allowed to study dinosaurs. Ain’t no black paleontologists and ain’t nobody got 17 dollars for a pewter replica of a Deinonychus claw. Light bill ain’t gone pay itself.

You’re not allowed to read Spider-Man. Put that back. You don’t have time to have your head up your ass. Blacks can only be doctors, lawyers, drill sergeants, teachers, nurses, athletes, rappers, dope boys, or occasionally bus drivers. Practice your jump shot. Write 75 bars.

You’re not allowed to make Superman a black person. You’d do better to create new black heroes instead of making old superheroes black when they’re already perfectly white. What if Black Panther was a white dude?

You’re not allowed to roll an elven character. There are no black elves. You can be an orc, though. You kind of look like one. It’s the lips.

No watching those Japanese cartoons before Sunday school. I don’t care what Joyce’s son does. Besides, he got problems. In fact, you’re gonna pray for him at Sunday school. Turn that mess off.

You’re not allowed to have black people in any galaxies that are far, far away. Mae Jemison was enough, and you got Nichelle Nichols as a bonus. You can’t swim anyway, so you won’t be able to handle Zero-G.

You’re not allowed to listen to Project Pat, Big K.R.I.T., Rick Ross, or any other rappers who come from below the Mason-Dixon line. That’s not Hip-Hop. Only listen to Rakim and Wu-Tang.

You’re not allowed to say nigga. We buried that word long ago, and self-respecting niggas don’t use it.

You’re not allowed to wear Air Jordans, you New Slave. That money could go toward you actually paying for college.

You’re not allowed to be a Christian. White Jesus is what got our people all mixed up in the first place. How you gonna worship a God that looks like your oppressor? You Uncle Tom ass Negropean.

You’re not allowed to challenge how black women are depicted. God wouldn’t have given me the ability to draw if he didn’t want me to draw naked glistening big booty black stripper assassins. Besides, they ain’t gotta read it. Stop trying to get feminism cookies, nigga.

You’re not allowed to have a better deck than me. You can’t buy booster packs with food stamps.

You’re not allowed to criticize Hollywood film studios, Marvel & DC Comics, Ubisoft, or Disney. Instead of talking tough, get out there and make your own.

Don’t talk about cultural appropriation, it doesn’t exist. Black people only have culture because white people gave it to them.

You’re not allowed to protest, either with your body or with your art, because you’ll make me late for work. Don’t you people have jobs?

If you don’t like these rules, you’re not allowed to complain. You ARE, however, allowed to go back to Africa.

Troy L. Wiggins is from Memphis, Tennessee. He was raised on a steady diet of Spider-Man comic books and Japanese role-playing games. His short fiction has appeared in the Griots: Sisters of the Spear and Long Hidden: Speculative Fiction From the Margins of History anthologies. He currently lives in Daegu, South Korea with his wife and their dog, Prince Rogers Wiggins. 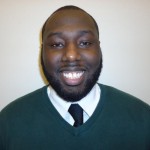