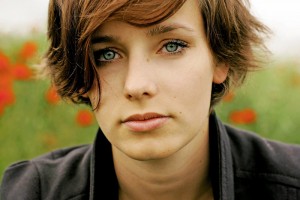 In your eyes lie whole galaxies,

spiraling away into blackness only to be swallowed up again

to form an ocean lined in rods and cones swaying like anemones and urchins,

catching light and sensation instead of krill.

converting air into food for your earthen twin.

igniting a salvo of sensation,

but as quickly as they come, they are gone

Your body is composed of long dead stars,

the iron of your veins flows beneath within earth’s core.

You are a magnificent part

in the great whole.

The Composition of an Artist

65% visions that transcended words, worlds and figures bubbling in the mind’s eye that were

. . . . . . . beyond comprehension never to be put to paper for if the proper letters could be strung

18% ink soaked up by absentmindedly gnawed pens, through skin pressed to paper until eyes

. . . . . . . burned and backs ached, culminating in a liver tattooed with letters and symbols from

10% events replayed for perpetuity of opportunities not taken, misunderstandings between

. . . . . . . friends and mentors, criticism whispering with each pen or brushstroke to cast doubt and

. . . . . . . kill confidence with a word before eating away the stomach in ulcerous patches.

4% words and figures put to paper to replicate vision overlaid with wonder and unseen colors,

. . . . . . . shaped by individual hands and darkened by untold experiences, photographs cast in the

3% bravery to face a world that does not value the invaluable, to put stock in what cannot be

. . . . . . . quantified and qualified, to hearken back to humanist ancestors and be a conduit for dead

. . . . . . . masters no more than dust, the ability to alter matter and create worlds the sources of

The word spatters off your tongue like an accusation.

What is it about me that bothers you so?

Is it that I slide into your world unnoticed?

One base-pair stepped out of line.

What I see when I don’t look

Throw pills at it.  Make it normal.

Do you let them cut the threads of sanity until there is nothing left that makes you you?

You dare not speak of the thoughts that come.

They will think you mad.

But who is truly mad

For loving who they are?

The word rolls off my tongue like a blessing.

Standing on the fringe.

A creator, a thinker,

A being infatuated with words—

Who am I to qualify normalcy?

Embrace the awkward, ride the anxiety.

Literal but not limited.

Kara Jorgensen is an author and professional student from New Jersey who will probably die slumped over a Victorian novel. An anachronistic oddball from birth, she has always had an obsession with the Victorian era, especially the 1890s. She published her first historical fantasy novel, The Earl of Brass, in June, and will publish her second, The Winter Garden, in March. 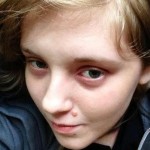