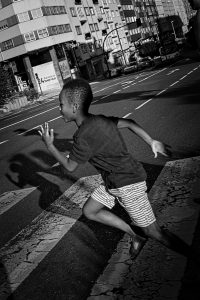 Dispatches from the Land of Erasure #2

Repeated verbatim into the symmetry of sorrow, like an eye

unmoored from its socket, reaching out in assumed relief, or

cumulative agony, the way trauma tethers itself to our ancestry.

through lineage, a keloid mesh of scars, like an inheritance of

toxic despair, the chemical dirge of flesh once fettered by iron.

Pain has an addictive surface of want, generates

need, as it penetrates the flesh.

as vibrant as a spring that retracts when touched, or

an unending longing, a reverence.  The pages of a bible,

that hold between them

dead flower, a sort of prolonged suffering, similar to

the scent of determination

given off by the corpses of martyrs.

We quibble trivial issues as if they had a life of their own,

even as gunshot splayed children

into condolence, an ocean to vast to swallow.  Where

the gospel of Jesus,

but pain bobs to the surface again & again:  the body language,

Hope, digging a hole to China with a spoon, is a circular

by torturers in black sites, an enemy who uses music as a weapon,

onto its most vulnerable spectators, or the token-ized Other, the type

that feels a little safer to Amerikkkans, because, more often

than not, it has a narrative of educational ambition, or can live with

chasing success like a quota.  How strenuously they run from

the past, & never expect it to catch up with them.

The rock-jawed face of bigotry, as ignorant as those

who believe so zealous, the squee of soup lined

regiment of voters, transfixed in Hope, but waiting for

the other shoe to drop, onto those who do not believe,

who cannot be swayed by representation in absentia: are heathen

blasphemers, heretics, or terrorists. Should be wiped

from the face of the earth, with bullets & bibles, &

hobbled in borderline detention camps, & the needle of hate

to all points of the compass.

Black Crow Stuck Through A Hole To Freedom

You are the darkest childe. Born into a prison for your mind

but the fugitive boundaries of Diaspora, scribbling sunlight

into the margins of lost horizons. Your cosmology,

a double consciousness, caught in the butterfly effect

of a raptor’s swallow of velocity: Your pain

is the breaking of the shell that encloses your understanding,

beating the optimism of Hope into Mama Gospel,   or

You are the darkest childe. The looming shadow

playin’ the dozens with God. Articulating

the audible, celestial hush of freedom, like a crippled animal

A line drawn in the sand that enhances the power of explosion,

like a prison beating, or a turning into gunfire.

The rebellion of verbs

be patient . . . waiting under your tongue, signifyin’

the residue of design

within the alchemy of dissent  : Two fists,

At the ready to swing them,

so they arc through the air, wide as peripheral vision.

The taloned whisper of fear inside your untamed self,

You are the darkest childe. Be patient . . . waiting

for the metaphor’s promise of how it ought to be,

like trying to reach the next world with a spoon  : 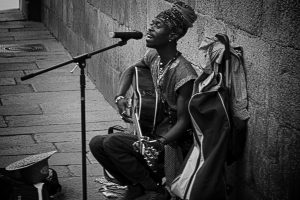 The Third Sermon in The Trumpland

They know the animal

hunger is a wound   The hyphenated way

Black folk are reminded of the fear of having nothing

that they don’t belong  &

caught in the clockwork gears

who have struggled long &

in its ability to swallow Black folk whole   & careen them

into a series of wild behavior

of shattered storefront glass   & the powerless

uprising from dust   The poverty mouths

of a larger machine

assembled in Nigger riot   & their grief

the spent tears of the ghosted

scattered between the chants of umbrage &

like dice rolling from the unclenched fist of God

is a dangerous business   Telegraphs our bloodlines

to be Black & rise from a cold sweat

when we are most truly aware

of the fearful symmetry

of existence:  the crossroad-

of many miracle miles from maybe

from whiskey-broken tongues   The mojo workin’

betta’ than it used to be

have suffered as much as we have

but none of them   was real estate

to be bartered with   & they

i should fear   when it’s the mentally

doin’ all the killin’ here

with the combustion of hate   The noun become vindictive

is a dangerous business

henry 7. reneau, jr. does not Twitter, Facebook, Linkedin, or Instagram. It is not that he is scared of change, or stuck fast in the past; instead, he has learned from experience: the crack pipe kills. 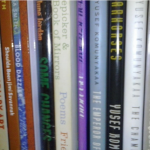