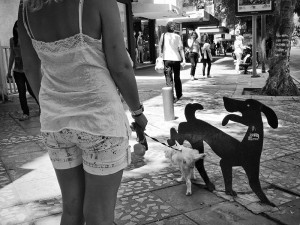 I can’t say I saw it coming. I mean, it was startling enough when the young couple across the street switched gears three years ago. All of the sudden her furniture was resting outside on the porch, waiting for her latest supposedly clandestine boyfriend to come whisk it all away. None of us wanted to watch, yet we couldn’t turn away while they loaded up the van. I remember the look you gave me from your side of the fence. It was a smug single nod that said, “You’re next.”

No one gave me a shot when I came here. I was a bit of rebound fancy. Temporary. Not for this neighborhood. I didn’t realize there were strict rules before I’d broken most of them. I wasn’t raised a philistine, though I came across that way. I don’t like to grill or hold game nights in my house. Hell, I barely like to mow the lawn when I know you’re home. Private is as private does.

You’re next. The irony didn’t strike me until much later. Sitting out in the tiny pergola on that holiday weekend was just an unwind and prepare for shooting stars or stray fireworks sort of night. That’s all I was expecting when I chose my spot. Can you imagine my plight? I envisioned yours. I had lived it before.

My God, the names he called you. The threats he made. It was like this heinous one way radio show I could not turn off. I was riveted. It was horrid. I couldn’t move. You locked the doors to keep him out; if he threatened any harder to enter the house, I would have jumped the fence to defend you.

The next morning, I got out the phone book and looked up numbers for shelters. I wrote them out in block letters. I don’t think you saw me poke the list into the rust colored ceramic pot by the end of your drive filled with patriotic colored flowers. If you were looking out, I pantomimed another admonishment of my dog at his insistence to raise a leg each time we walked past that flower pot. I knew we weren’t the only ones guilty of this canine trespass. All the dogs do it. Not every man beats his wife, though. That’s all I was trying to convey.

A million cars have passed by both of our houses since then. I was taking the dog for another walk when I saw you being ushered into your home by the man who months ago had called you the “c” word that dare not be uttered. You saw me, a cool look in your eye above the bruised cheekbone. I could have told you that would happen. I spent a million prayers and four hundred wishes trying to make things sane when I was where you are now. It’s what happens; the spiral never spins upward.

Did you really shout that? I guess I would have too, had I been back in time where I found my first piece of the shattered trust realm. Living on Sesame Street or Rodeo Drive doesn’t protect you. It’s all the same. You at 56 are me at 17. What I don’t say is that I understand. What you don’t ask for is help. What the leaves do is start to falter and fall, ushering in the stagnant snow which separates us farther in flesh while binding us closer in our unique yet battered souls.

T. L. Sherwood is the fiction editor at r.kv.r.y. Quarterly Literary Journal. Her work has appeared or is forthcoming in Rosebud, The Chrysalis Reader, and Thema. Her blog, Creekside Reflections, can be found at: http://tlsherwood.wordpress.com/ 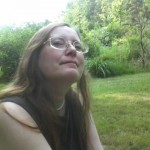