The Story Heard By Few
by Laramore Black 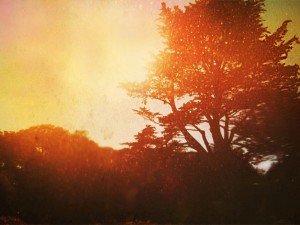 Tears well from his eyes and roll to his chin where the droplets pool, waiting to be let down by the prevalent gravitation. The room is grey as the ash that hangs from the cigarette dangling from his mouth–the ash falling like snowflakes onto a black shirt, smeared by hand into a fabricated and swirled visage of oil slick patterns.

He leans back in a chair of his living-room; half-heartedly admiring his achievements framed in plaques across walls. Trophies and academically approved signifiers of intellect. The spirits retained in hand-me-down mementos stretched across shelves, with the loudest of all–the laminated polaroids on a nearby coffee-table. The surfaces were like a cocaine mirror powdered with dust, the air thick with time’s musk. Between consciously trying to free his mind of thoughts, he creates philosophies out of dark ironies. He jots down examples–like how he spent half of life waiting for people and their approval–for the recognition of his potential and that first feeling of love never to return. How this suburban box resembles a tomb and no matter the caliber of property-owner, items are ruled to die with–like pharaohs of a private world.

“I’m tired of only living in dreams,” he whispers, waiting for the next chance as the infinite murals of memories fade into purgatory with the echo of the bullet.