The Runner by Amie Heasley 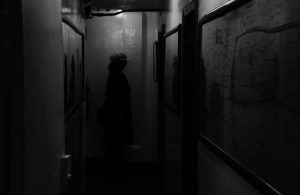 Angela is not the neighbor in need of a cup of sugar or a solicitor selling Jesus. If only she’d been able to outrun him three years and nine months ago.

Most people race through life without smelling the roses anyway, she rationalizes, running through the same daily routine. Each morning Angela rises and jogs to the bathroom. She fumbles through pulling on her spandex tights and pouring milk on her cornflakes.

“Call me Dr. Yvette,” her therapist insists. It reminds Angela of her beat-up red Honda, her version of the freewheeling corvette in the Prince song. She used to love driving and blasting eighties music on the crappy stereo. Baby, you’re much too fast. Now she can’t get behind the wheel. Honey, you got to slow down.

At first Angela thought his chasing and tackling her had been an awkward attempt at flirting. On top of her in the tall grass, one hand covering her lip-glossed mouth, his gaze mirrored the afternoon sky, blue without a care.

Angela suffers from exercise addiction, OCD and PTSD. These are just diagnostic classifications. The random letters strung together don’t stop her legs from twitching and fluttering, even when she’s on the toilet. Brushing her teeth with an electric is easier to manage and healthier for her gums, too; though like everybody else, her dentist won’t see her anymore. During her last visit she kicked the hygienist’s cart, sending the pristine cleaning tools to the floor and alarming the other patients.

The repeated glancing over her shoulder, what Dr. Yvette labeled a tic, bothered Angela’s coworkers. She claimed working as a data mining specialist was more life threatening than deep-sea fishing. First she demanded a stability ball, next a stand-up desk, followed by a treadmill, followed by a six-lane indoor track, and then HR said she should consider taking some time off.

“Haven’t you heard?” she pleaded with her boss, who patted her shoulder and said, Angie, please take a seat. “Sitting is gonna be the death of us.”

While her FMLA is on the verge of expiring, Angela’s calves, taught and muscular like a ballerina, have never looked better. The wear and tear on her knees, the chafing between her thighs, the purple, withering toenails, the protein deficiency and the strange loss of her once-thick, caramel-colored hair—all are more tolerable than what’s gaining on her. No matter how far and how fast Angela goes, Jax is always there. When she’s able to quiet her trembling enough to sleep, he stars in her dreams with that dimpled smirk and those safety-orange Nikes.

Jax’s sprawling ranch is less than a 5K from Angela’s apartment. Easy peasy.

She’d met him online, agreeing to coffee, next sushi, followed by something more adventurous, a rock-climbing wall; then, at his recommendation, a short run down a pretty wooded trail. Her gait was all wrong, but she found comfort in the rhythmic pounding of her heels. Jax had the unfair advantage of several marathons under his belt. He’d mastered pacing, cadence and mid-foot strike.

Nearly forty-one percent of female victims report being raped by an acquaintance. Regardless of her job experience, Angela has failed to translate this statistic into any meaningful, actionable solution. Dr. Yvette never hints at the word roadblock, but Angela senses she’s disappointed in her lack of forward progress. Funny how the absence of motion would signal a major breakthrough.

Angela rounds the last corner and speeds up his lilac-lined street, hops the single step and bounces in place in front of his door, painted canary yellow. She reaches for the knocker, a bronze ring clenched in the jaws of a lion head. The tap-tap-tapping muffles her footfall.

She’s surprised by the paunch pushing out his Property of My Hot Wife t-shirt. The sour smell of her sweat mixes with something sweet and domestic wafting through the doorway, blueberry pancakes and bacon. Does she hear a faint wail in the background, a woman’s soothing shhh, shhh, baby, it’s okay?

“Oh, hey Angie,” Jax says, as if he’s been expecting her.

In a show of perfect form, Angela places her weight on the balls of her aching feet. She can almost picture the finish line.

Amie Heasley calls Kalamazoo, MI home. She earned her MFA in fiction from Western Michigan University. You can find some of her recent work online or in the pages of great weather for MEDIA, Monkeybicycle, Juked, Fiction Southeast, The Belletrist Magazine, Every Day Fiction and Mikrokosmos. She blogs lovingly but not nearly enough at http://chopperchronicles.blogspot.com. 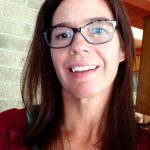