The Major League of Fantasy Baseball by E. L. Diamond 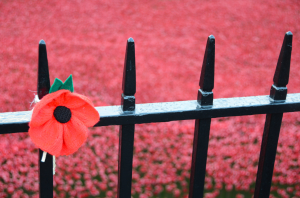 The alarm goes off. Get up. I scoot down in the bed like a turtle drawing in his head, burrowing under the body-warm sheets. Get up get up. I was having this great dream, see, about a baseball conspiracy involving Joe Torre, who was the Yankees manager with the longest uninterrupted tenure since Casey Stengel, and Al Qaeda. I think a Senate committee was accusing Torre of working for Al Qaeda. In any event, the dream was sort of Conspiracy Theory meets Field of Dreams, with the Yankees as the villains, which is how all dreams should be. The alarm goes off again. Get up get up get up. I fling off the covers and it is freezing cold. Thin white frost lines the edges of the windowpane.

I shuffle through heaps of clothes on the floor. Jeans and shorts and T-shirts and a few balled-up dark blue socks lie on the armchair. It doesn’t make much sense to me how people put laundry-fresh clothes in the drawers when they’re just going to take them out again the next day. What I mean is, I am messy, but I’m not a slob. Before me, my older brother slept in this room. We don’t have anything in common, even the fact that we are both messy, because while I’m just messy, he was a real slob. The carpet is faded and stained, and the stains are all from him. Crusty dark grease stains from his bike, faded whitish-yellow beer stains, a pink stain from God knows what. And the dresser looks like it got caught in an argument between storm troopers, a samurai, and Jaws. My brother carved initials into the dresser’s veneer, spilled Coke on it, and melted a rubber cup-holder onto it with an acetylene torch. My brother was always into dangerous stuff. He kept a K-bar knife in his underwear drawer, built an air-powered pistol from spare bike parts, ground our supposedly shared darts set into near-lethal sharpness and then threw them at the window. There are starred cracks in the windowpane. Underneath my clean and dirty clothes, the room looks like a survivor of some national catastrophe.

I drag on clean shorts, jeans, a T-shirt, a sweatshirt, and some socks. After I’m dressed, I head for the bathroom. The bathroom door is opened and the room is hot and steamed from my dad’s shower. Condensation drips down the mirror, dragging clear lines through flat mist so that it looks like the mirror’s stripping itself off in pieces. I wash my face, check to see if I have to shave.  Not today. Deodorant. Check the hair. Oh, scary. My sisters make fun of my hair, but it’s not my fault it’s so straight. Every morning when I wake up it looks like I slept with my head in a hydrophobic dog’s mouth.

Then I head back to my room to grab my backpack, stuff it with mechanical pencils, Advanced Principles of Mathematics, Introduction to Logic, a French-English dictionary, and notebook paper. Check to make sure I’ve got everything. Yeah. That’s a go, soldier. Over and out. I never wanted to be in the military. Never wanted to go through boot camp. Shouting, spitting in your face. What was that, soldier? I said, Sir, no sir! What?! Drop and give me fifty, soldier! My brother sold all his homemade weapons and his illegal K-bar before he left for bootcamp. He didn’t leave anything interesting behind, just a few Punisher comic books, wrestling trophies from high school, and, in the otherwise empty closet, a pressed blue Marine uniform hanging in white sheets of plastic. It’s funny, he didn’t leave much but it is still his room. He left pieces of himself behind the closet door, scarred into wood surfaces, stained on the walls, etched into glass. If I joined the Marines, I would leave so much more crap behind. All my CDs, my history books, my poster of the movie Signs, 1,273 baseball cards, my oiled, broken-in mitt that smells funky and perfect. Nothing permanent, just loose and scattered and heaped up piles of junk.

At six-thirty I finish my corn flakes and rinse my bowl in the sink before putting it in the dishwasher. I have left a milky film around the sink drain, but there isn’t any other sign of my breakfast. I leave, shutting the door behind me. It’s so cold. My breath frosts. Only October and the morning sky is yellowish-gray and icy-cold. It takes eight minutes and thirty-two seconds to walk to the bus stop. It smells like fall. Leaves turning brown and papery. The bus stop is a plastic-walled stall and a bus stop sign. The psycho lady is already there. She’s sucking on a cigarette and a misty cloud of smoke hangs around her. “Bus is late. Cold. Bugs dying out.” She mumbles to herself around the cigarette, then inhales with a sound like a vacuum being turned on. The bus arrives at 6:53. It is due at 6:48. It takes us just over twenty to minutes to get to campus. I climb on and find the orange plastic seat about half-way back that I always sit on. The psycho lady stands up front, toes lined up against the frayed plastic tape across the floor that marks off where passengers are supposed to stand behind, and starts talking to the bus driver.

I don’t chat much. My brother used to talk all the time. He had twenty seven phone numbers of girls on his cell phone, the one they gave us when they sent his stuff back. He had a lot of other numbers, too, like pizza places and bars and stuff, but I liked to read through the names of all the girls and try to picture what they looked like, what Stefani and Angela and Gwen and Kimmie looked like. My brother got buff when he hit puberty. I used to think that when I hit puberty I would get buff too, but I just got long and skinny. My brother also never had to wear glasses. Those are just some of the ways we have nothing in common. Another way is that he started fixing cars when he was about two or something and I am crap at fixing things, so my mom still makes me clean out the refrigerator. I guess she thinks that using loads of bleach is almost as manly as using loads of grease.

I get out my Logic textbook and a mechanical pencil and a lined sheet of notebook paper to do a set of proofs that is due. I don’t always have time to finish my homework the day before it is due because I work two jobs, one at the library where I shelve books and one at Quiznos making sandwiches. I am saving up to buy my friend Troy’s ’92 Volvo and maybe after I get the car I will get a room in a house he shares with a bunch of other guys. My parents are glad I’m getting the car, but they don’t say much when I talk about moving out. I guess maybe they don’t say much because if I moved out there would be lots of dirty clothes on the floor and baseball cards in all the corners of the beat-up bedroom. All that crap collecting dust without anything warm and breathing moving around in it.

When my brother first joined up, everyone thought he’d be back in four years, and he’d be home at least long enough to finish cleaning out his room. It’s an interesting fact but when you are a Category 4 MIA, you can’t be declared dead until the president decides you are dead. Category 4 MIA means that the time and place of your “loss incident” are unknown, like if your helicopter went down fifty miles outside of Al Basrah in Iraq, and no one is telling how it went down or if it went down on the Kuwait side of the border. In Vietnam, President Carter declared the MIAs who weren’t POWs dead in 1975, ten years after most of the troops went over. That means I could be almost thirty before my brother is either dead or alive. When my brother’s recruiting officer came over Mom gave him some homemade apple cider and asked if my brother was dead for sure and the officer said that he wouldn’t be dead for sure until the president said he was, and my mom laughed. I guess she thought he was making a joke.

For some reason it’s too early and too cold and the stale bus air smells too much like cigarette smoke for me to think about logic. So I put the book away and stare out the window. In my head, Tom Hamilton, the Indians announcer on WTAM 1100, starts talking. Within seconds, he’s screaming rabidly. Two runners on base, this is it, this is it, and he hammers it straight to right field and it’s out of here! As I smash the ball, I feel the sudden great shock, muscles burning all the way up the arms, the perfect clap of sound, the sweetness of it as the ball races straight where I want it to go. I catch a shadowy image of my face in the window as the bus pulls up at a stoplight and I’m grinning. I used to be embarrassed about having Tom Hamilton in my head screaming about how I’m hammering line drives to right field with bases loaded it’s the Indians winning the Word Series, and Jacob’s Field erupts and all the fans flood the field and all the lights are focused on me. I told my brother about this fantasy baseball thing. It was the last time I saw him. My parents and I had driven to Fort Leonard Wood to pick him up from basic training and he was packing his duffel, ready to leave for the airport and then for Kuwait. For some reason he asked me if I still played ball in the cul-de-sac. The cul-de-sac is where we used to play baseball when we were little kids. It was the only thing we ever did together. I told him about Tom Hamilton announcing me in my head while he folded his brown shirts in razor-sharp lines and he looked up at me and smiled and said that he heard Tom Hamilton in his head too.

I used to think that we had nothing in common, my brother and me. But I guess we have two things in common. We have both lived in the same room and we have both been called by Tom Hamilton. The light changes and the bus’s breaks wheeze pneumatically. Thirteen minutes until we arrive at the university. Thirteen minutes and all the rest of my life.

E. L. Diamond is a writer and educator currently living in Omaha, Nebraska. Her short fiction and poems have appeared in journals such as The Pinch, The 2River View, The American Journal of Poetry, and Storyglossia. She blogs about queer life and love in the Midwest, along with pieces on writing and editing, at eldiamond.org.