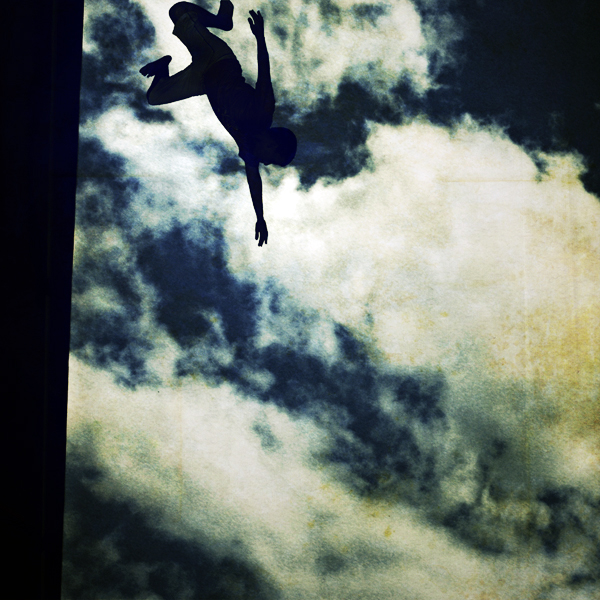 I felt the fire’s rock-steady inertia pulling us along

We rose where rivers intersect at the wrist like vapor

null to the sound of history’s heavy heartbeat.

We burned and crowed in harmony with rusty

road-show record players, rocked forth and back, lost

and high on the frequency of rickshaw radio, got lit

off those soothsayer poets, bohemian angels

whose albino guise danced the Macarena

our mariachi band to a sky where gravity sang

the violin verses of underwater maestros,

after Los Angeles, after Philadelphia, after the Black

Swamp to chase down the last hellhounds in waking

madness, in the shadow of tombstone fields

where the writing thousands revived

Darwin and reminded the five-sided figures

to burn inside the church of time, inhale

All at once they opened their mouths, lit up

the midnight valley of the Midwest muse and cast

lonesome pavonian fireworks down the throat

where the bones and belly still cry for life.

Nathan Elias currently lives in Los Angeles pursuing a career in film and television. He was inspired to write poetry by a developing scene in Toledo, Ohio, and by the late poet Rane Arroyo. Elias’ work has

appeared in Red Fez, the beatnik, Dogz Plot, The Mill, Toledo Poetry Examiner and The Capstone Review. His chapbook “Glass City Blues” won the Shapiro Scholarship in 2010. His short screenplay was published in “Screenwriting 101:Starting Small While Thinking Big”, and his short films have screened at Toledo Museum of Art Film Festival, Texas Film Festival, Once A Week Online Film Festival, and MTV among other international publications.