The Bagpipe Refrain
by Robert Vaughan 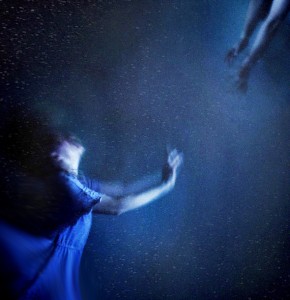 The leafless avenue came crawling in the steamy dawn. Sun barely leaked between skyscrapers, and everything looked distorted: the signs appeared drooped, hanging at obtuse angles. Steam rising from street vents vaporous and ephemeral took shapes that reminded Doriece of spooky movies. Slashers. She shuddered. Why did I crash at Stan’s? I don’t even like him. Her cryptic thoughts rushed through her like toxins used to slay bacteria, and she spit. Her kidneys screamed for attention. Each crept step placed her closer to the E.R. Her mind thrummed the bagpipe refrain from her twin brother’s funeral that summer, though she tried to force it out. An “homage” to his military status. Fucking army. They’d stolen him, pilfered him from her. He was all she’d ever had.

With shaking fingers, Doriece buttoned the top of her jean jacket. The November wind sluiced through her heart. She stared into the swirling East River. Day by day just faded away, a rest to only keep her here.