Takes One to Know One by Ajay Tulsiani 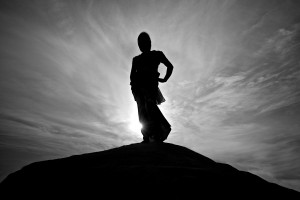 Inside the bank Vimla sat on the couch and wiped the sweat off her forehead. There was an air-conditioner facing her and she thought of the day when she first requested her husband to get a cooler in the house.

She had hoped the sex last night would persuade him to agree to her request. It didn’t work. Just like her requests for painting the house, buying a bigger TV, not having the second child, or going out for the weekend.

She was glad there were five people in the queue before her in the bank. It meant a longer duration of separation from her now-retired husband. Her mobile didn’t receive any network inside the bank else her husband would keep calling her to get a minute-by-minute update.

From her position she saw the bank teller’s crisp light blue shirt and rectangular-framed spectacles. It must be a privilege to buy stuff with one’s own money. The bank teller spoke in fluent English to her current customer.

Even I had studied Masters in Art and even I can speak in fluent English, thought Vimla. She saw the broad back of the current customer. His hair was neatly cut above the neck. When he got up and turned around, Vimla eyed him head to toe. Their eyes met but she continued to stare at his clean-shaven square face. He must be in his mid-thirties. Vimla wished she had married him.

“Excuse me, Mr. Shah,” said the bank teller. The guy turned to the teller.

Vimla eyed him head to toe. His black leather shoes looked new. Or maybe he polishes them regularly. He’s so well-mannered.

She ran her hand across her hair then scratched her shirt’s first button before opening it.

Mr. Shah turned to Vimla and stretching his hand to her asked, “Do you have a pen?”

“Sure.” Vimla removed one from her bag and handed it to him. Their fingertips met. It was all she needed for a fantasy. There are four other customers in the queue but he asked me and not them. He’s so into me. And look at those bulging shoulders. I bet he works out.

The man filled out a form and returned the pen to Vimla. “Thanks.”

“Don’t mention it.” Vimla removed her passbook from her handbag and asked him, “Where do I get the passbook updated?”

He said with a warm smile, “I’m sorry, why don’t you ask the receptionist. She’ll help you.” He walked away.

Vimla smacked her forehead. There goes my dream of talking with him for a few more minutes. She realized it had been a long time since she flirted with a guy. So many years.

The queue diminished and soon she sat before the bank teller. She removed her passbook and fifty rupees from the handbag. She opened the passbook to the page that had the last update and showed it to the teller. “My husband purchased a mobile online and later returned it. They refunded the money, however they have deducted twenty-five rupees saying that it’s tax. My husband says they’re not allowed to do that.”

The bank teller shook her head. “I’m sorry but you’ll have to speak with the shopping portal.”

“I spoke with them and they said that it’s taxes.” Vimla leaned toward the teller. “I understand they are not at fault here.” She slid fifty rupees along the desk towards the teller. “But my husband is a very angry man. If you could deposit my money in his account and show it in the passbook that the tax money has been refunded then I’d be very grateful. Please do this. Please.”

The teller took Vimla’s note from the desk. “But this is more than the tax money of twenty-five rupees. Do you have exact change?”

“Sure.” Joy bubbled on Vimla’s face. She was relieved and now could peacefully enjoy the cold air-conditioned air. Her husband wouldn’t shout at her now. It was heaven.

She removed the exact change from her bag and handed it to the teller. “Thank you for understanding. This is very kind of you.”

“It’s all right,” said the bank teller in an empathetic voice. She then unrolled her right sleeve to reveal two long scars along her arm. “Marriage sure can be terrible.” She made the entry in the passbook, returned it to Vimla, and rolled the sleeve back to its earlier position.

With a slow gait Vimla walked to the exit, enjoying the bank’s cold air-conditioned air for a few more seconds.

Ajay Tulsiani is a writer who likes to go on long walks, grow plants, and watch Animal Planet. 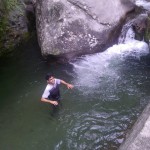