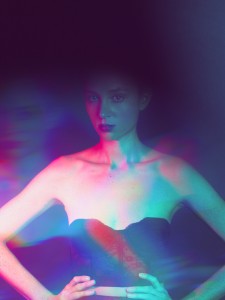 Flowers! you’ll say when I come through the door. You’ve been so patient with Mother’s recent problems, I want to do something nice for you, to see you smile. Maybe I’ll take you to dinner.

I knew that she didn’t approve of our union, but I decided that I didn’t care. I loved you so much that no one was going to tell me I couldn’t be with you. I was surprised, though, that Mother couldn’t put on a good face about the whole affair, dress in her church clothes and come to the chapel, standing in her place of honor right across the aisle from your parents. When she didn’t show, I shrugged and said, Well, the show must go on, though I felt as if I had sand in my heart and couldn’t believe that she’d do this to me. I never would have guessed that she would have gone off the deep end, never in a million years, shrieking like a banshee down the red carpet, hurling obscenities in the house of the Lord. And then throwing a bucket of pig’s blood over you. I feel grateful that you went through with the wedding, though you would have been in the right for walking out and never speaking to me again.

Or maybe you’ll make dinner for me. I’ll do the dishes after it’s over and then build a fire. We’ll sip port and listen to Bach. Or Mahler. At some point, we’ll retire to our bedroom. We’ll close the door and engage in the private acts that are natural for a man and woman.

Mother wasn’t always like this. I blame the appearance of the Stranger in our lives. We decided to rent out the spare room after Father died and the Stranger was the first to move in. I could tell from the moment I set eyes on him that there was something terrible in his past. I was twenty-four, had a job, felt content living at home. But as soon as that man set up house in our spare bedroom, I wanted out. Who would have thought that within just months of getting my own place, that, home for dinner one evening, Mother would pass the mashed potatoes and I’d see the ring. She blushed terribly, tried to hide it, but they were Mr. and Mrs. Vorhess, and there was nothing I could do about it. I had learned to count to ten when angry (Mother had taught me this): 1, 2, 3, 4…sawing my steak, commenting on the flowers, sipping wine, chew, chew…5, 6, 7, 8…

You’ll want to give a party and I can understand it. It’s a simple thing, a common event when two people are married. They’ve bought a house together, they want people to see where they live, how they’ve decorated. But you need to understand: Mother has a sadistic streak. Any celebration we attempt will be marred by her appearance, I guarantee. Surely, you don’t want that. As certain as I am of your goodness, I am twice as certain of her evil.

On the night I discovered Mother’s precipitous betrothal, we drank coffee and ate apple pie with graham cracker crust. The Stranger, Mr. Vorhess, leaned back in his chair, cut a cigar (after offering me one (I declined)) and puffed away. His supercilious expression said I have arrived. Of course, anyone could have seen that no good would come of this union. Within months, Mother was putting makeup on over bruises and making excuses about falling down the stairs. It was only a matter of time before she was on the run. Some claimed that it was a guilty conscience that made her go, but I knew that she feared for her life. She was accused with his murder, but after the autopsy, they dropped the charges. Not enough evidence. And he was filled to the rim with whiskey and pills. Besides, as you know, Mother is a petite woman, she never would have had the strength to hold her bear-like husband under long enough for him to drown in a bathtub. His family hired a detective to poke around in the debris even after most people considered her beyond suspicion, but they couldn’t pin it on her. Or me, for that matter. It was just one of those things.

We’d be deluded to think that we could live a life free as long as Mother is alive. I know that if this were just a book you were reading, that at the end she would die in a pit of fire or with a stake through her heart. But this is life and there’s no use sending her a present with a bomb in it or trying to drive her down in the street or poison her or push her out of a moving train. I’ve thought of all of those things. I’ll calm you down, dearest, steer you back toward the sweet love-making of Chapter Three. The night will be young, the bedroom awaiting and fragrant with possibility.

All evil has an origin story and I place Mother’s in that hazy space of time when she ran after Mr. Vorhess’s death. Something happened to her out there on the road. When she was brought back by the police, she had dyed her hair black, had various tattoos of ambiguous imagery and uncertain iconography. She had had plastic surgery which made her seem twenty years younger and also like a refugee from a science fiction film: bulbous cheeks, fierce neck, jutting breasts. A semi-automatic rifle, a pistol, and a samurai sword were found in the trunk of her new car, a black Cadillac CTS-V (all relevant receipts and permits accounted for). She had a briefcase full of money. There was a communication on her Blackberry from someone who called him/herself “the Propeller.” There were rumors that she’d been in Vietnam engaged in some CIA-led chicanery, talk of fishing boats loaded with drugs and munitions, and cloaks and daggers beneath bridges. There was some whispering about her involvement in a communist-led infiltration of the White House. There were also Neo-Nazi pamphlets and flags found in her car which complicated the communist conspiracy. In any case, this was all circumstantial and unrelated to her husband’s death. It was the stuff of bad movies and the police had no reason to hold her. They did confiscate her weapons, for evidence, all except a small, ornamental dagger which they let her keep. After all, Mr. Vorhess hadn’t been killed by a knife.

After a night of vigorous love-making, I will make you blueberry pancakes for breakfast. With coffee. After, we’ll take a long horseback ride through the country. We’ll ride through dense undergrowth, heading up ridges to stunning vistas, the morning sun bathing the land, burning off the limpid mist.

When someone is inextricably connected to one’s life, and when that someone has bats in her belfry, then one has no choice but to run. I might suggest we go to London and hide in the clock tower with Big Ben. I’ve learned from the movies that the insane hate the sound of bells. Or perhaps we should burrow underground, live in a cemetery crypt or better yet, an Indian burial mound. I know one in Macon, GA. Still, hiding is only just another link in an endless chain and, consequently, futile as all action. We’re trapped in a binary flowchart. All activity will lead to other actions which will lead to other actions and so on. A conclusion is highly unlikely, but such is the human condition. We’re all part of a mass of thriving bacterium.

After our horse ride, we’ll go to lunch at KFC, the one with the big red chicken emerging from its roof. We’ll eat fried drum sticks with mashed potatoes and baked beans, washing it all down with sweet tea. Our fingers greasy with good food, we’ll have trouble ever remembering that we had a care in the world. Or perhaps we’ll go to that Greek restaurant you love so much and eat hummus and grape leaves stuffed with meat and rice and covered in lemon cream sauce.

I know that you think that just because Mother has been put in a nursing home that she can’t hurt us and I can see why you’d think that. When we go to that sad little institution with its squat brick buildings and long bare porches, the scrub grass lawns stretching out across the property, the nearby airport issuing its passenger planes into the smog-clouded sky, it’s hard to imagine her as anything else but stuck. She is there until death. And how could she live for long, the staff wheeling the residents out during the day and dumping them on the lawn wrapped in blankets, sweating in the chill sun. Many of the residents are black and, as you know, she’s a lifelong racist and so if the staff doesn’t poison her, her own evil heart surely will. But you see, to lull yourself into a sense of safety is but the greatest of conceits and shows yourself completely uncomprehending of all you’ve experienced and all I’ve told you. Anyone who has ever seen a monster movie or read any novel by Stephen King, knows that the creature rises again in the last minutes. And we’re not even close to the last minutes.

John Talbird is the author of the limited edition book of stories, A Modicum of Mankind (Norte Maar) with images by artist Leslie Kerby. His fiction and essays have appeared or are forthcoming in Ploughshares, Juked, The Literary Review, Ambit, Border Crossing and elsewhere. He is an English professor at Queensborough Community College in New York City. 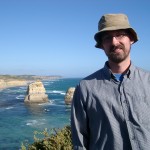