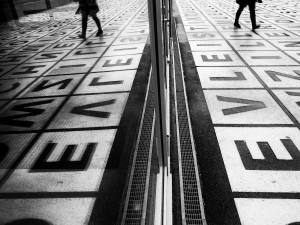 We’re in the McKinleyville shopping center, behind Safeway, sitting on the thick cement block that holds the World’s Largest Totem Pole, our legs dangling over the edge, when he slaps his hand on my knee and says, real plain, he says, “I wish you didn’t kill it.” He says, “Sometimes I wonder what it would have felt like. If it would be heavy or one of those real tiny things.” He says, “You’re a fucking heartless bitch, you know that?”

I did know that.

We were seventeen when it happened. He was into motorcycles. I liked watching figure skating. Sometimes I thought about doing it. I wanted to be more than the girl sitting on her granddad’s shag rug in the den eating ice cream out of the carton, watching. I wanted to feel the diamonds of ice melting on my forearms. I wanted to smell the exhaust from the Zamboni. If it even had exhaust. It was hard to tell from the den. Instead I kept skating my spoon over mint chocolate chip moose tracks, illuminated by the light bouncing from the TV, made the spoon do a little twist before landing on my tongue.

He asked me not to when I told him. He said if it was a boy he was going to name it Skip, or maybe Dakota. Something badass, he said. Something that made him ambiguous to woman. I didn’t think Skip would have that effect on anyone but I didn’t have the heart to tell him. I was already putting him through so much. When I asked him what he would name it if it was a girl he shrugged, pulled me onto the bed, slid his hand down to my waistband, breathed out a heavy mist of cigarettes and tooth decay, and said, “Baby, let’s not think about that right now.”

It was gone twenty-four hours later. We didn’t talk for two years after that. After I told him he drove off on his motorcycle and I watched The Ice Follies of 1939 eight times in a row, ate all the food in the freezer, threw up, and went to bed thinking, Tomorrow, tomorrow you’re gonna go down to the rink and rent a pair of skates and start the rest of your life.

But I’m still waiting on tomorrow.

Chelsea Harris has had work published in Smokelong Quarterly, Minola Review, The Fem, Your Impossible Voice and Grimoire, among others. She co-runs a zine and reading series in Bellingham, WA called Wallpaper Magazine, and is the event coordinator at Fifth Wednesday Journal. Chelsea received her MFA from Columbia College Chicago. 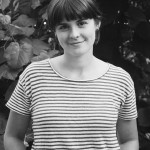