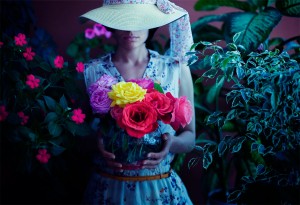 When you are fucking an old man, you wonder if he will

die on the brink, if the bright black birds nesting in his

sterling chest hair will peck straight through and make

a meal of his heart

you look down and watch them with kitchen-light eyes

When you are fucking a phantom, you count backwards into

the negative numbers, your arteries agonize and sing like Axl Rose

holds your head under until biology breaks you

When you are fucking a shipwreck, you rock like the green sea and

remember every salt-stung fishwife who came before you

He talks dirty to you in the language of crustaceans, he

says you are a witch but you do not comprehend

When you are fucking a minotaur, you ought to know the danger is

real, you clutch your breasts like a scant harvest of ripe avocados

He splits you in two while he’s trying for tender, he

makes your mouth into a labyrinth that bleeds

When you are fucking a housefire, you wear a paper nightgown that

ties in the back, you recite all the holy poetry you know at 78rpm

He rubs you right raw with his trigger finger, he

sends you a Christmas card when the deed is all done

When you are fucking a stranger, you wonder if his name will

pierce your sealskin, if it will burst from his lungs wild like

drunken yellow roses to corrupt the fine joke and make

a coffin of your fiction

you look down and wait to weather his body’s surprise

Anna Lea Jancewicz lives in Norfolk, Virginia, where she homeschools her children and haunts the public libraries. She is an Associate Editor at Night Train, and her writing has appeared or is forthcoming at Atticus Review, Hobart, Necessary Fiction, Phantom Drift, and many other venues. Her flash fiction “Marriage” was chosen for The Best Small Fictions 2015. She is working on her first novel. Yes, you CAN say Jancewicz: Yahnt-SEV-ich. More at:http://annajancewicz.wordpress.com/ 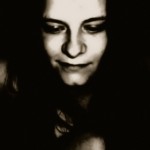