Through the Sea Black as Tar by Slavica Turinski-Lazić 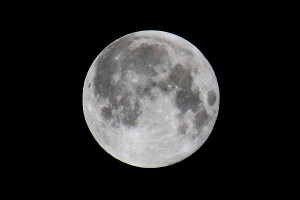 I cannot reach you…

If the waves would rise

on the first day of September

a Prince of Venice will depart

down the sea black as tar.

One pier will sail forever in my eyes.

there in a place where

echoes Venice of your poems.

But I am just watching

the surface of sea black as tar.

I cannot reach you

nor on the square of doves

in which my feet

crossed over your traces;

Now is the another time

and I will not bring to you

my twilights in the hands;

It played the imagination.

Just one pier will sail

forever in my eyes

just Prince of Venice will depart

down the sea black as tar.

If the waves would rise

on the first day of September

and let them not dirty

of the last coin thrown

into the sea black as tar.

in passing observes them.

One pier will sail forever

through the sea black as tar.

Slavica Turinski-Lazić is a Croatian poetess, prose writer, and painter. In 2012 she cooperated in International-Translation project in which have been translated the songs of Russian music band MKPN (represented Russia on Eurovision Song Contest 2010). In St. Petersburg (Russia) has been published the book “MKPN Songs Translations“ where she participates with seven translations. In 2016 the publishing house Nova POETIKA (Belgrade, Republic of Serbia) published her poetry collection “Lineage of Twilight”, collected by the Serbian National Library, Belgrade. Her poems and stories have appeared in numerous anthologies in the area of ex-Yugoslavia. Her story “The Fallacy” has been published in the April issue of the art magazine The Grief Diaries (in the New York City). She is living and working in Slavonia and Baranya (Croatia).