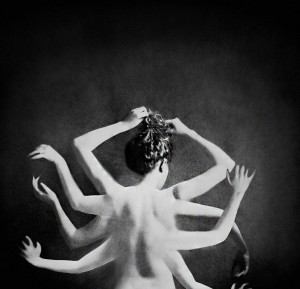 Her chapped lips pressed against the glass on the door as she bid Alex “farewell.” Gina’s eyes closed, eyelashes fluttering, and pulled away from the door leaving a waxy film outline of her puckered lips against the glassy surface.

Alex stared a moment at the loose bits of leftover lip still clinging to the window; the same lip bits that kissed him while he slept. It didn’t matter to him. No sentimental bits were clinging to these stoic circumstances.

The love between them had run its course. She can leave, or, she can leave, he thought. No other options available at this moment. Love is the opium of the masses; delusional masses. Having her was like a wild fire in spring: uncontrollable, incapable of knowing anything else other than “burn.”

Relationships usually don’t end with boiling oil thrown on your back while lying stomach down on the mattress. Gina tried everything to get Alex’s attention; she would sew nifty flower designs with crochet needles, then proceed to ram the points into her forearm for euphoric reasons beyond Alex’s understanding.

Relationships usually start with some sweet swelling in the heart that shrouds any logical prejudice–flowers, gifts, necking–all play a part in this ploy. Alex is just finding these things out for the first time in his life; but, that’s love.

Love, the evil bitch with cutlery; waiting to stab when the time is right, but usually when you are at your weakest. Alex stared at the jagged scar she left on his wrist; a millimeter from his main artery. She said it was a love scar; to remember the moment. He just looked at her as if she were a crazed killer/stalker. Alex’s memory was crystal clear for several days after this, as a fever set in from contracting tetanus.

Love is a case of lockjaw.

Alex told Gina to pack her shit. He couldn’t handle the drama, the abuse, the confusion, the nights in bed wondering if he’d wake up to her stabbing him in the face; reoccurring nightmares that carry over into his work schedule.

“Pack every fucking granule that you have and leave!” He screamed.

Of course, this wouldn’t be taken seriously by Gina. The only logical way to approach any psychotic situation is with an equal and opposite psychotic reaction. Having a gun barrel pointed at her was the only approach worth taking; the only way to convince the customer of obsession to take a hike.

She walked away from the porch, clothes packed in Italian leather luggage containers; shaking her ass like the Duchess of Windsor.