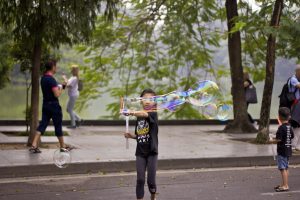 Do you remember the time when fire hydrants were our oceans?

Each other’s hair for free

Do you remember sitting on the ascension of steps below buildings?

How we would just converse about whose block had more art

We would play double-dutch with old cable cords

We stay trapped behind 2.4inch screens

We send our feelings in capital letters

Our fingers forget how to dial each other

But they quickly learn how to double tap, scroll up, and comment on everything

We don’t even know our addresses

We don’t even formally invite each other to simply say “how are you doing?”

Even our fire hydrants remain locked

We pay entrance fees to each other’s faces

Breaking news of whose more broken

It is never a simple hi

A wave of halos

When did we require memberships to list our friendships?

Or another breaking news story

I was just sitting here remembering how it was simpler and cheaper to have somethings in common.

Astrid Ferguson is the momma of the book Molt. She is an Afro-Latina (Dominican and Haitian descent) poet who resides in the outskirts of Philadelphia. She was born in Dominican Republic and migrated the United States with her parents at a very young age. She was raised between the states of New York and Pennsylvania. Her parents divorced shortly after migrating to the United States. Leaving her to grow up between split households. Her mother and her estranged long-term boyfriend had two children, making Astrid the oldest of three siblings. She grew up witnessing domestic violence, experienced abuse, and lots of turmoil as a child. She faced many challenges with language barriers due to her mother speaking primarily Spanish. That is where she developed a ritual of writing in journals. Later developing this journal entry into bad poetry. She is now the mother of two boys and wife to an emerging Philly artist. She is the definition of not allowing your circumstances define your life. 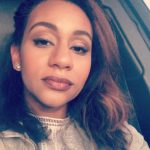