Reaper in the Yew Hedge by Elizabeth Morton

You’re dead. You’re not going to like it. Let me walk you through this. Imagine a streetlamp – milky, genuflected. You were erasing the hedges that scarfed the post; that evergreen yew that the dogs all pissed on. It was a greyscale evening. Puddles huddled about your ladder base. Imagine the rainwater as mercury. Imagine guttermuck, and goldfish in the sewers. Don’t get carried away though – remember, you’re dead. This is going to suck. Five minutes of mediocrity, sniffed back in the epilogue. You are wondering when you’re going to die. You feel like Tetris keeps falling in your guts.  Maybe it was the ladder. Perhaps lightning struck the yew hedge. Go on, rotate the angry rectangles; make something fit. Maybe it was your heart, the ventricle you gave up when you fell out of love. You were trimming the yew hedge, minding your own beeswax. You had an extension cord with a safety mode. You were humming this song – maybe it was Tutti Frutti by Elvis. You were midstream, pelvis-deep in life. I nearly flaked, I tell you. Nearly pulled my hood back and melted into a drain. You were going somewhere. You had a Labrador and a business partner. You had a Ninja Bullet food processor, a whirlpool bathtub, a Fitbit bangle. Good for you. Just, don’t get carried away though. Imagine a streetlamp. No, don’t imagine a streetlamp. Imagine nothing. You’re not going to like this. You’re dead.

Elizabeth Morton is from New Zealand. In her free time she collects obscure words in supermarket bags. Her poetry has been published in Poetry NZ, Takahe, JAAM, Blackmail Press, Meniscus and Shot Glass Journal, PRISM: International, and Cordite among other places. Her prose has been published in Flash Frontier and Smokelong Quarterly. 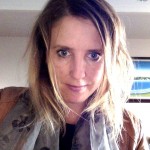