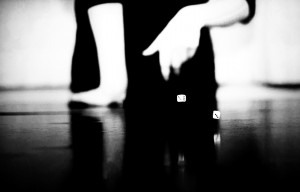 The mailman informs me of my incomplete knowledge of the postal process. “Mail collection and dissemination,” he explains, “is a sticky business.”

I have just excused myself from a pressing situation, taking leave of the kitchen for the curbside under the auspices that a certain piece of correspondence—which I have just relinquished to this bespectacled man in blue walking shorts in return for an unassuming clump of bills and junk mail—must be remanded to the nearest postal representative immediately, lest the postmark read tomorrow.

“Most people,” says the mailman, “are ignorant of the intricacies of residential postal exchange, which, in the humble opinion of this civil servant, is the central intercourse of the United States Postal system, our nation’s second oldest federal department.”

Inside is a man I have nearly made love to, nearly half a dozen times, though it’s true we have not so much as kissed. I can see him through the front window, sitting up very straight at my kitchen table, not drinking the coffee I have brewed. He is trim, his forearms tanned. Beside his Italian loafers is a blue case of roofing samples. Out here, the day is also very blue. The sky, this mailman’s uniform, the “Geary’s Garden” sign poking out of my bed of begonias—blue blue blue.

“Let’s have an example. Giving me your”—here he glances at the envelope with which I’ve entrusted him—“subscription renewal of Depositorium: the Government Documents Librarian at”—here he consults a round-faced wristwatch—“9:18 in the a.m. is neither more nor less expedient than leaving said renewal in your nice little birdhouse mailbox here”—he pats the birdhouse for effect—“at twelve noon or, let’s say, depositing it in the post office mail slot at 4:01 p.m.”

I eye him. “Even though the post office closes at four o’clock?”

“Even though the post office closes at four o’clock, ma’am. Yes.”

He is oddly tall for a mailman, and shaped like an egg. He has an egg’s smooth symmetry.

“All area mail goes into, then comes out of, the processing center in the South Side. This processing center serves yours and the five surrounding boroughs, as well as the entire city of Pittsburgh”—he points, not unlike a flight attendant, in the various directions representing the aforementioned boroughs and city. He then discourses on the egalitarian nature of mail reception and delivery: all mail collected in this region, be it from this box or that box, this postal representative or that one, before 6:00 p.m. on a given day (excepting Sundays, of course) is shipped to, quickly processed at, then shipped from the South Side center at precisely eleven o’clock in the evening.

Why then, I implore, must there be so many choices? Can we not simply have the one—the residential mailbox—or the other—the post office—or still yet the other—the neighborhood mailbox? Whichever functions most efficiently for the majority of those with a stake in the enterprise? Whichever most contributes to the greater good? The man in my kitchen has turned in his chair so that he is now facing forward, head-on with the street. There is a surprisingly large mole on his neck that I have neglected to notice for three weeks’ time.

The mailman shrugs. “Man is a slave to options, I’m afraid.”

“It’s true!” It’s also true that I’m shouting, and that this is not a neighborhood for shouting, and certainly not in the presence of a government employee. I smooth the air in front of me with my handful of mail; this, I hope, will have a calming effect, should my excitement have aroused alarm.

My mailman friend continues, unfazed. “A government’s arms must perpetuate the values it holds dearest to its heart.”

The philosophical implications of mail delivery, I assure him, are far from lost on me.

“So let me see if I have this right. If I were to place that letter in this mailbox—which came with the house, mind you—or in my neighbor’s right there—I’d much prefer something simple and tasteful like hers, just haven’t gotten around to replacing it yet, though we’ve been here more than a year, I really should get on that—anyway, or if I get into my car here—well, that’s not mine, mine’s in the garage, and I’m really quite ambivalent about pick-up trucks, even small ones—don’t you think they’re rather aggressive?—anyway, and drive to work and use the mailbox out front anytime after the last pickup today—though not today, because I have today off, and the library’s a bit out of the way if you’re just dropping off mail—regardless, if I do this before the last pickup tomorrow, my letter will arrive at its destination at exactly the same time?”

“And if I used the mailbox in Foodland’s parking lot?”

“Or the one on Gill Hall Road between the FCU and the VFD?”

I narrow my eyes at him.

“Excuse me,” says the mailman. He brings a balled hand to his lips, pressing a laugh back into his—it must be said—egg-shaped mouth. “That mailbox has been removed, due to vandalism. Otherwise, it would be the same.”

The man in my kitchen is leaning forward in his seat, fondling the watch on his wrist.

“Okay,” I say to the mailman, “but what of those sixty seconds of 6:00? The moment of exchange at the post office itself, ethereal passageway, when all that has been collected is launched toward its new destination? Yesterday turns into today, or today turns into tomorrow, or maybe it’s some kind of chronological anomaly, a moment outside of time or something. It seems as though the entirety of the institution hangs in the balance of those five dozen ticks of the clock—as if the whole enterprise might, in nothing more than an instant, come to a shuddering, contemptible collapse. As it were.”

My new friend considers this a moment. “Those sixty seconds, I admit, are difficult to account for.”

He angles his ovular body toward my yard and tilts his head. “There’s someone at your window,” says the mailman.

Indeed, the man in my kitchen is now looking out at us from the long, half-open window, the screen bulging slightly with the pressure of his knee.

“I see.” He scratches his nose.

The mailman looks to the water bill on top of my pile, a bill addressed not to me, and reads upside down. “And Mr. Geary?”

“CPA.” The mailman blinks now and again, a not unpleasant look on his face. “It’s a complicated business,” I say. I run my tongue over my top row of teeth. In the haste of receiving a visitor, I have forgotten to brush.

The egg-shaped man with the egg-shaped mouth thinks a moment, shifting his eyes from the window to me. Then he says, “I, myself, have always been a fan of slate. Quite pricey, but wears so well in our wintry weather, wouldn’t you agree? Anyway, ma’am, I ought to be going. With personnel reductions resulting from the recent economic strain, my route has acquired the relics of bygone mail carriers. It’s become downright convoluted.”

“Of course,” I say and step aside, though we’ve been standing next to one another. It’s a gesture.

I pick my way through the yard, pausing before a bed of fledgling hostas to tug a few sprigs of green from the rubber mulch, at the basket hanging from the lamppost to dead-head the drooping petunias. This is an interesting point the mailman makes, but the man in my kitchen has not mentioned slate. Shakes of California redwood or white cedar, asphalt in driftwood or charcoal, ceramic tiles, copper shingles—all these he has suggested. On numerous occasions I have called and he has come in a timely fashion, he has produced ideas, provided estimates, been a fount of roofing knowledge. And I have been nearing a decision, I think, leaning, at least slightly, toward hard-fired clay. But now slate has entered the discussion. Slate is complicating things. And why has this handsome, dark-eyed man with rather muscular forearms not mentioned it? Does slate somehow disagree with his disposition? Does it offend him? What can account for his withholding? I must inquire. Perhaps another estimate is in order.

Inside, I stack the mail on the island in the usual way, alphabetized by sender. “Well, isn’t that something,” I say to the man who is again seated at my kitchen table.

He remains quiet, so I supply his side of the conversation: “Isn’t what something?” This man’s right ankle rests on the opposite knee, his foot keeping time with nothing, in the manner of a patient in a doctor’s office waiting room.

Rinsing my hands, I say, rather loudly, so as to be heard over the rush of water, “Well, it turns out, the mail didn’t actually need to go out that second. It could’ve waited.”

The man in my kitchen is standing now, the pencil tucked behind his ear pointing at me, the dark hairs poking out above the unbuttoned top button of his polo directed in my direction. Even his new mole is eyeing me.

“You don’t find the mail fascinating?” I ask the man in my kitchen, who is stepping toward me. I slide away from the sink, nearer to the paper towels. Where are they? Did I not insert a new roll here just yesterday? In this green age, what can account for such unscrupulous paper product consumption? And what about a dishtowel? Is there none to speak of? Not anywhere? Not even in this drawer specially appointed to be the holder of dishtowels? “I find it quite fascinating—the mail. I’m a very curious person. Maybe that’s something you don’t know about me.”

He steps around the island.

“Something else fascinating,” I say. “Slate. Slate roofing. I think I’m considering it. Any opinions you’d like to share? Surely, you must have opinions about slate.”

He’s at the sink, at the dishtowel-less drawer—we both are—him leaning forward, hand on the wide and unsurprisingly blue countertop, gripping it, me re-tying my hair, palms damp, the bones of my hips magnetized, drawn toward that tape measure clipped to his belt—what is it about men with tools?—the branches of the tree outside tapping the window glass, and the rooster clock crowing the time, and now he’s helping with the hair, offering his pencil as a supplement, because the hair doesn’t want to tie, is virtually refusing to tie, making some sort of inexplicable stand against tying, perhaps because I’ve got lots of hair, acres of hair, pale and in curls and ringlets and other circular hair-shapes, really too much hair for someone my size, an obscene amount of—

I step sideways toward the island, curls tumbling, pencil dropping, and look past the man in my kitchen to see the mailman at the window.

“May I just add,” he says, only a head and shoulders and egg-shaped mouth visible above the sill, “if you have any further questions, I’m at your service.” He smiles and hefts his mailbag before turning back to the yard.

“You know,” says the man in my kitchen once the full blueness of the morning has been regained. “Most people pay their bills online these days.”

Ashley Kunsa‘s creative work appears or is forthcoming in more than two dozen journals, includingSycamore Review, Los Angeles Review, Bayou Magazine, and Tahoma Literary Review, and she has won awards from the A Room of Her Own foundation and Eastern Iowa Review. She is Visiting Assistant Professor of Creative Writing at Rocky Mountain College in Billings, MT. Find her online atwww.ashleykunsa.com. 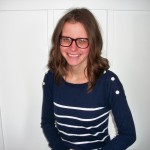