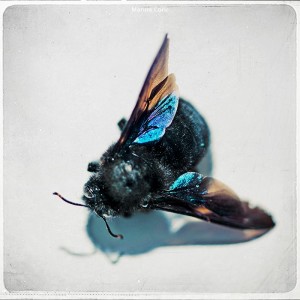 -I want to ride horses across Kazakhstan.

-We should get a cat.

-The yogi from the Yucatan.

-I’ll build a patio for the cat. A cat-tio. Just the word makes me want to pick    up a nail gun. Cut and measure screen.

-Yeah, Allen, the waiter polishing silverware, told us all about his adventure. Three months on a horse. Mountain and sky.

-But I want to be sore. Is Baku the capitol? Where would we fly in? Say April?

-Nostalgia is an illusion.

She dipped a cashew in marmalade. Two ceramic bowls on chaise-lounge, I topped our glasses up with Albariñho: Paco y Lola, the perfect grape. That’s how we talked back then. Half-listen, half-brainstorm, so connected we felt we were speaking to ourselves. Limitless, we travelled without mapping, crossing borders and subjects at dazzling velocity. We never wore rings. Pre-possession. So close only matching tattoos could bring us closer.

A bug jittered on her belly. I brushed the bug off with a backhand. She held my arm, relaxed. Joy detonating.

-Nacho’s Bordello. What a fucking name.

-Just over there. Past the Farmer’s market.

-There are no farmers here.

-I read about that place in the guide book. Only serves oysters and bananas. The only place on the whole island with no windows. Some sort of sex dungeon.

-I’d paint each room with the lyrics of a song. Decorate each room after an album. Nevermind. Smells Like Punk Spirit. Before We Ever Minded. Pure unadulterated nostalgia. Who’s Nacho?

-I need to buy new underwear.

-He did time for tax evasion.

-I think they serve jamon too.

-Should we order olives?

Fifteen years later, that rooftop spiderweds into Fez, Central Park, the jungle trail to Corcovado, but it was Formentera, and we were as close as we ever got. I poured more Paco y Lola. The sunset overwhelmed. In that exact moment (retrospect is always 20/20, right?), our love slithered into confusion as our dreams dissolved into distant destinations.

Vexed by clarity, the bafflement of separation stung like an empty pantry.

Eventually all the Allens and Nachos and Pacos and Lolas lined the shelves so high we couldn’t see each other while eating. Our dialogues became monologues. Shit, soliloquies, with no audience to turn to, nothing to bind our story.

We stopped brushing bugs off each other.

In the final scene, we poured our own wine.

David Morgan O’Connor is from a small village on Lake Huron. After many nomadic years, he is based in Albuquerque, where a novel and MFA progresses. His writing has appeared in; Barcelona Metropolitan, Collective Exiles, Across the Margin, Headland, Cecile’s Writers, Bohemia, Beechwood, Fiction Magazine, After the Pause, The Great American Lit Mag (Pushcart nomination) , The New Quarterly and The Guardian. Tweeting @dmoconnorwrites  davidmorganoconnor.com 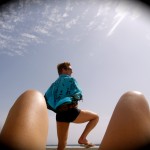