On Oxytocin by Sophie van Llewyn 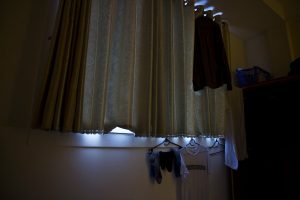 In the kitchen, Helga draws a long puff from her cigarette, exhales the smoke like a smouldering dragon. Erkan is running late again, and later every night.

On the screen of the baby monitor, a pixelated Yusuf moves. Helga traces the blurred contours of his chubby legs with the tip of her finger. He will cry soon, and she will have to join him, stifle his cries with her teat. Helga longs to feel the softness of those Rubenesque cheeks, inhale the smell on the top of his head. But once she lies down beside Yusuf, all this air around her will be sucked by the little mouth into nothingness. The baby demands nothing less than everything.

Helga doesn’t know what time it is, she doesn’t know how long she’s been away from her baby. Whenever she’s alone, time collapses into itself, and then stretches like the scrunchie holding her unwashed hair at the back.

There is always so much lurking in wait for her, ready to snap at her calves with fangs of guilt: the laundry, the dishes in the sink, the ingrained stains on the kitchen floor. The empty table beckoning her in reproach every evening. Perhaps if she gave him something nice to eat, like a moussaka or stuffed aubergines, Erkan would come home sooner.

She glances at the black glass clock on the kitchen wall. The minute hand keeps turning, while the hour hand is stuck at seven.

Helga knows it late just judging by her ashtray. When she twists her cigarette to extinguish it, other butts spill onto the table. She ignores them and glances at the door. Unmoving, just like Yusuf, fallen asleep after turning on his belly.

Helga snaps a flame into existence, lights another cigarette. The door opens with a prolonged squeak. Erkan’s smile gleams in the hallway. ‘You shouldn’t have waited.’

Helga lets her cigarette burn on the edge of the ashtray, leaps towards him. He smells like the fake leather couches in hookah bars. He greets her with a kiss on the neck. The tickles conjured by his four-day beard make something thrum and pull deep within herself.

His hand is on her back, squeezing, and she gasps. It’s been so long since she felt like this. They move towards the living room couch, in unison, a dance they once knew so well.

An appalled cry interferes with the music in their heads.

Erkan’s hand touches her navel, spirals towards her tracksuit pants. Yusuf’s yells are primal. Helga’s breasts ache. A sting in her nipples, and her blouse grows wet. She curses nature, and forgetting to put on her nursing pads.

She darts into the bedroom, without looking at her husband. ‘Be right back.’ 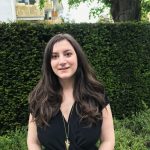