My Unmaking by Amber Keller 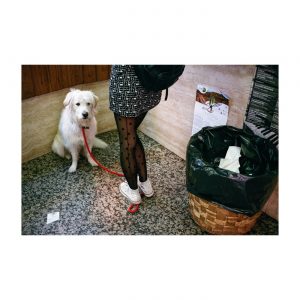 The note was about the usual things. Her mom, mostly, who was being a total bitch about The Breakfast Club, for like no reason, and also Mrs. Budzik’s nude-colored stockings, which were gross, and, at the bottom, his initials attached to hers with a plus sign surrounded by three bubbly hearts, followed by a 4-ever. She wrote the note in Pre-Algebra where he wasn’t, but Lidia wrote back in Language Arts where he was, where he sat right behind her, and when she dropped it on the floor between them and Mrs. Budzik’s head jerked up from her roster, his combat boot came gently down on it. Her savior. But then he toed the note across the aisle and scooped it into his palm.

She almost couldn’t bear to look. It sat on the corner of his desk, still folded in one of Lidia’s teensy squares, his hand casually over it. He curled up the corner of his lips in that way that always made her heart flap around like a broken-winged bird and then Mrs. Budzik asked if there was a problem and she had to say “No, Ma’am,” and spend the rest of the period diagramming sentences while the bird butted its head against the softest parts of her chest.

Language Arts was last period and when she and Lidia walked home that day he walked behind them, flipping the still-folded note into the air like a quarter and, when she made a lunge for it, stuffing it deep into his pants. His jeans were tight. She could see the bulge of his key ring and next to it, something she didn’t want to think about. Instead, she thought about how he couldn’t have, but he must’ve, but maybe he didn’t? read the note. When they reached Lincoln Street, instead of turning left toward her house, she went right toward his.

The look Lid gave her then, confusion crinkling her forehead, hope packed into her cheeks, just like the time they stole those eyeliners from Osco. He said, “Are you sure your little sister will be okay walking home alone?” She didn’t correct him. In a moment she’ll regret forever— because Lidia did seem young all of a sudden, and because she wanted to seem so so old—she laughed.

Then he pulled her down the basement stairs, his hand sweaty in hers, the note just a pretense now, and the bird tumbled and twirled between her belly and the still-strange bulk of her breasts. 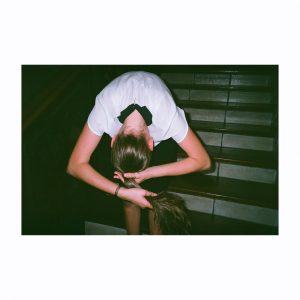 His tongue in her mouth was slimy and awkward but the weight of his body on hers she liked, and his quick fingers releasing her front-hook and winding their way down and down and down and then that coolness, that sweetness—she knew this feeling, had spent hours exploring “that little hole” when she was young. Always in secret, in her bed at night, though she can’t remember anyone saying not to. Or when or why she stopped. She’d never told anyone, and she knows she won’t talk about this either. Not to her mom, no way, and not to Lidia with her stuffie collection still at the end of her bed.

Not that she thinks any of these things then, but she knows them all at once, even as she knows she will not stop this. She is twelve going on thirteen. In this moment, for the only time, she feels no shame.

He pops the buttons on his Levi’s and guides her hand into the tangled mass around his worm. His snake, soft and wiggly. Maybe if it were hard it would be different but she isn’t ready for this soft tangledness, this worminess. Your dad’s worm wiggles in your mom’s grass. The punch line of a gross-out joke from first grade. How they’d all gagged when they heard it. This soft wiggly snake still makes her feel that way. Tucked against it, her note, damp and forlorn. She snatches it and pulls her hand out fast.

He’s guiding it back down when there’s a rattle and a click and it’s the doorknob upstairs in the kitchen. And he is jumping up and buttoning his jeans and she is giggling but he is all hurry hurry hurry and shhh shhh shhh—how long have they been down there?—opening a window, one of those basement ones with the metal well, and his hands are on her ass pushing. Run, he hisses. And she does, see you tomorrow still caught in her throat.

That run home, the twilight coming, she knows there will be questions, there will be trouble. She runs as fast as her legs can turn over, as hard as her track coach has wanted her to, her body not yet lithe, arms too loose, backpack slamming against her back. Underpants wet, lungs racking.

Her mom hasn’t given her that look yet, the one that makes the bird bury its head under its wing and tear at its own flesh.

And the next day has not come yet, when her chin will explode in raw, red bumps from his saliva and he will not be waiting by her locker before Homeroom, as she’d hoped, won’t be anywhere until the very end of the day when she’ll round a corner and almost run into him, them, him and the girlfriend she thought wasn’t his girlfriend anymore, their hands in each other’s back pockets. When his eyes will not hold the memory of her body and she will make her face blank as if that could undo her hunger.

For now, she runs: body untamed, lips swollen, lungs scooping air, every cell wide open. The asphalt is damp and the late day sun slants down onto the trees. The leaves are glistening. 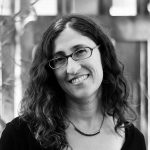