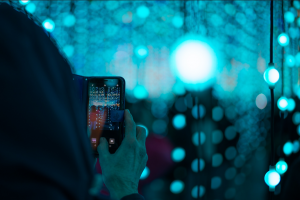 I let myself in. I knew better than to knock. You wouldn’t hear me.

You didn’t hear me as I went through my usual routine. Did the dishes. Folded your laundry, which had been left in a pile on the milk crates you used as a bedside table. I put away your socks, your shirts, your boxers with more holes than the ozone layer. I made myself coffee, iced, so the smell wouldn’t bother you. I made your bed, military-sharp corners, even though my military experience was limited to the Flame War.

The Flame War franchise was the first point-and-click first-person shooter supported by virtual reality. You owned them all. Social Justice Warriors, Active Thread, Spoilers of War, Affront Lines, Incendiary Spammo, Tit Offensive, and Bidding War (neither of  us could beat the sniper level).

I played sometimes when you weren’t home. When you were home, it was your turn. I think you have a problem, but I try to be supportive. There’s a fine line between supporting and enabling. I read that on a T-shirt once. There was a cartoon underneath— a line of cocaine— but I think the truism is universally applicable.

The beta versions were a disaster. First time I got KOed by the blaster level in Incendiary Spammo, it Ked me O for a good five minute in real life. You made me take a break even though I had plenty of hearts left. Anyway, it was your turn.

I’m pretty sure the beta versions gave us actual PTSD. It wasn’t the action. Well, it was, but only because the motion tracking sucked. If it was off by half a millisecond, the result was simulator-sickness so bad that I had to wipe the headsets down with Clorox between levels.

You owned Vacation Simulator, but it just wasn’t the same a real vacation. For one thing, the jet lag was worse. For another thing, it didn’t feel real. You could be standing on top of Shanghai Tower, graphics so realistic you could feel the smog in your hair, but it was impossible to forget that if you took a step forward, your socks would hit carpet.

Or maybe it was just because everything smelled like Clorox.

I could tell which game you were playing from the movement of your controllers.

It was Tit Offensive.

I wasn’t fussed. I knew your VM Face before I knew your O Face. Although to be fair, your O Face had followed soon after. Jealous just wasn’t in my dialogue options. We’d been together for almost two years, and I trusted you with all my hearts.

I didn’t even check your phone when it lit up. It was on silent, as usual. You were a homebody. Antisocial. Only left the house to go to work and Wal-Mart. Kept to your schedule like crystal oscillation.

It was Friday at 2:45 P.M., which meant the text was probably from Grubhub. I took a couple of bucks out of your wallet and left them on the milk crate by the door so you wouldn’t forget to tip again. Your last box of takeout was still in the fridge. I finished it for you. That was one of our few disagreements. I loved leftover Chinese food, the chow mein so cold and congealed, it formed a Gillyweed-like ball.

We both preferred virtual reality to augmented reality, coffee to tea, dogs to humans, and mangos on our pizza, just to freak people out.

To be fair, neither of us had even tried augmented reality. When invisible phones were first released, they sold out in under two hours, and after that, they couldn’t be found anywhere for two weeks. A girl I knew sold her kidneys to buy one. Then she found out that wouldn’t be enough and tried to sell the other one. The cops got there just in time.

Something started ringing. I looked at your cell phone, but it was dark. The ringing was slightly muffled, coming from under a pile of laundry so old even I wouldn’t touch it.

It was a landline.

I didn’t know you had a landline.

You crouched down to set your controllers on the soft carpet. You removed your headset and turned to look at me.

On the answering machine, you said, “Leave your message after the beep, you mother—”

On the answering machine, someone else said, “This is Deputy Mooney from the Sheriff’s Office, calling for uh, Ethan Thomas. Ethan, if you could uh, give me a call back at your earliest convenience. My direct line isn’t working quite right. We have an uh— a cloud-based phone system, and I don’t know what that means, except that it doesn’t work. So uh, the direct line is 503-823-3333, and you can just ask for Deputy Mooney. We have uh, received some information from one of your neighbors indicating that someone might have um, broken into your apartment. Okay, thank you, and have a nice day.”

In real life, you said, “Who the fuck are you?”

Lucy Mihajlich lives in Portland, Oreogn. Her first novel, Interface, was chosen for the Multnomah County Library Writers Project, where it appeared on the list for Best of the Library Writer’s Project 2017. 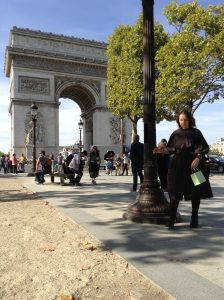