Life is Now by Tonja Reynolds 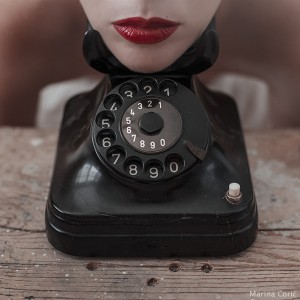 Two years ago, I worked—practically lived—in the basement of a seven-story office building in Covington, Kentucky. We were the IT help desk, relegated to our narrow office with one long, laminate desktop attached to the length of the wall and three rolling chairs. Fluorescent lights affixed to yellowing ceiling tiles hummed constantly. About once a week—usually on Mondays—an oversized roach skittered across the blue industrial carpet. If one got too close, I smashed it with my black pumps. I was in charge.

Ben was a computer whiz and MIT dropout, fated to the basement because of social anxiety and a blatant refusal to dress for success. Ben seemed content in the basement, unlike Charlotte. I never had to remind Ben to choose happiness.

I always assigned the call to Ben if the hierarchy of questions we were required to ask didn’t end in a solution. He would remote into the desktop, taking control from the user. He communicated via chat sessions, never directly speaking to anyone but Charlotte and me.

If the problem required hands to be placed on the computer, I would go above ground with my cell phone, and Ben would talk me through it. I always asked the caller to take a minute to make sure the problem was fixed before I left. That’s when I would go to the window and snap a postcard-perfect picture of Cincinnati’s skyline and the Ohio River.

Back in the basement, I’d force Ben to look at the pictures. “Life is now,” I’d say. “You need to get out of the basement and live.” I believed it was just a matter of time before he came up to enjoy the view. He never did.

I was sipping herbal tea from my favorite happy face mug, admiring the serenity of the river outside my window, when the third floor receptionist came into my office with a puffy, bright blue envelope with no return address and the business section of The Cincinnati Enquirer.      “You got another one,” Janet said, waving the envelope. The first had arrived a week after Ben resigned, nine months ago, just after my promotion to the third floor. Janet had called in a hazmat crew to test it for ricin. False alarm.

“Look who’s on the first page of the business section.” Janet put the newspaper in front of my face. “It’s Ben, your secret admirer.”

“We were just co-workers.” There he was, wearing a Nirvana t-shirt with a dead happy face with its eyes x’d out and tongue dangling, the same shirt he’d worn every Friday in the basement, as if to tell me that enduring a week of positivity was killing him. He never said it, and he never complained, but there was no other way to interpret it. “Definitely just friends,” I said to Janet. It had been obvious he liked Charlotte. The way he had defended Charlotte left no doubt in my mind.

I pushed the thought from my mind and forced a smile. I set down my happy face mug with more force than I intended, spilling tea onto my desk.

The article spotlighted Ben as one of Cincinnati’s self-made multi-millionaires under thirty. It said he made his first million on an app that delivers daily positive messages to subscribers for a one-time fee of ninety-nine cents. He earned his next several million by developing a website to help people diagnose themselves using an exponentially larger number of variables than other sites, with virtually no errors. It incorporated the positive messages from his first app, statements like, “Hang in there—until your doctor checks it out” with an image of a kitten hanging from a tree branch. The same poster was tacked onto the back of my office door.

I ripped open the envelope and pulled out a meticulously-crafted purple origami seahorse. The yellow sticky note, which accompanied every origami-filled envelope read, “Charlotte is sick. For real. Literally sick. At University Hospital.”

When we were in the basement, Charlotte had been convinced she had a deadly allergy to roach excrement. Whenever I made my monthly call to the exterminator, she said maybe the bug spray was killing her too. She said it with sad puppy dog eyes that could only be combatted with happy kitten posters.

Charlotte came to me one morning, convinced the mild smell of mildew was making her sick. I armed myself with a rainbow of markers and stared her down. When she took the second puff of her inhaler, I began writing positive messages in huge, square letters on the whiteboard that stretched across the wall in front of our shared desktop.

“Shut up, Ben. Your life is now. Choose happiness,” I said as I wrote the words.

“You can’t say, ‘Shut up,’ while forcing positivity down our throats,” Ben said.

“Be the solution. Count your blessings. Be happy, damn it!” I leaned across the desktop next to Charlotte’s monitor and drew a huge happy face on it.

Ben sat with his feet up, keyboard on his lap, smiling as he typed.

Charlotte stared at her computer screen with her lips pressed together. She left early that day for a doctor’s appointment. She never came back. At least she’d stopped complaining.

The next day for the entire eight hours, Ben let in on me, calling me insensitive, unprofessional, and unempathetic. He said I needed to apologize. He was wrong.

Only three days after I read Ben’s article, I got another envelope, orange, with no origami inside, only a white piece of printer paper folded with sharp lines into exact thirds and then in half across the length. “Please go see Charlotte. You’ll regret it if you don’t. I don’t want you to regret it. Room 529. Just do it.”

Instead of cramming it into my desk drawer with the dozens of sticky notes and origami turtles, starfish, and octopuses, I refolded it and held it in the palm of my hand.

The river outside my window was calm despite the raging waters underneath, water that could only go in one direction and could never offer resistance or beg for the current to go the other way, against its own grain. I pitied Ben for never looking at the river, never once coming upstairs to the light of day to admire it.

I remembered the last words Ben had said to me after my whiteboard rant, after Charlotte walked out the door. He had told me in a calm tone—the tone you would use when talking someone down from the ledge—that Charlotte would respond better to kind words. “Empathy is a great management tool,” he said.

“I can’t empathize with someone who constantly complains. I’m not putting on those shoes.”

I pressed the hospital elevator button and felt the oil and grime from fingers that had touched it before me. I couldn’t think of a worse place for Charlotte. The elevator stopped on each floor with people packed inside, some coughing. It was a Petri dish.

Charlotte’s room was at the end of a quiet hallway. She looked pale, ghostly white, even with the lights out and blinds closed. She was skin and bones with tubes in her nose and machines next to her bed.

“Did the bug spray do this to you?” My voice quivered. “Roach poop?”

Charlotte shrugged. “Maybe not, if you and Ben are okay. The doctor said it could just be bad DNA. I have lung cancer—but I never smoked one cigarette in my life.”

I sat in the chair next to her bed, speechless. I tried not to look at her bald head.

I looked around the room. There was no evidence that anyone had been there. No flowers or cards or Get Well Soon balloons or origami creatures. It was just Charlotte. There was no we.

“Is there something I can do? Anything at all—”

She looked at me for a full minute, as if to give me a chance to back out.

“Literally anything,” I said. I tried to smile, but felt the corners of my mouth turn down.

“Noodle and Fudge, my Chihuahuas—can you take them to the shelter for me? I’m going to be here for a while. My neighbor can’t keep them.”

I nodded. “I’m sorry, Charlotte. Ben was right. I was a jerk to you when I wrote all that positivity crap on the whiteboard.”

“All that crap helped me get through the chemo—sort of. Happiness wasn’t an option, but I chose to survive it.”

I stood naked with my legs spread and arms out while the doctor, a woman about my age with impeccable skin and hair and expensive shoes, examined my skin. She used a gloved hand to lift my belly fat. “No unusual moles—everything looks good.”

“What about this flaky patch on my face? My face blistered twice when I was a kid. I never used sunscreen.”

“I need you to order a CBC, thyroid panel, and a low-dose spiral CT of my lungs. Maybe a full-body scan?”

The doctor placed her ice-cold stethoscope on my chest and back and then pressed her fingers into the sides of my neck. She keyed thirteen letters into her tablet.

“I’m not a hypochondriac. My friend has lung cancer.”

“Do you have asthma? A history of smoking? Shortness of breath? Wheezing? Any symptoms at all?” She continued typing, eyes down.

“Lung cancer’s not contagious.” She looked me in the eyes and lowered her chin in a gesture of feigned compassion. “Have you ever taken anti-depressants?”

“I’m going to write you a script.”

Tears filled my eyes. “I am not depressed. My glass is half-full!”

Noodle and Fudge led the way down the sidewalk to the marina, jumping and nipping at the fireflies glittering in the tall grass on the hillside. It hadn’t taken much effort to locate Ben. Human Resources gave me his emergency contact number, and his mother told me where he lived, not hiding her excitement that a woman was calling for him. “It’s nice to finally talk to you,” she said. “I’ve heard so many good things about you.”

“It must have been someone else.”

I knew I’d found him when I saw the origami sea creatures, each lit with a white Christmas bulb, hanging from the canopy of a small houseboat. I picked up Charlotte’s dogs, one in each arm, and stepped onto the boat.

He was sitting there, feet up, looking at the river while folding a starfish.

“This is for you,” he said, grinning.

“Have you lived here this whole time?”

“I told you I didn’t need to see the river through a window,” he said.

I handed him a dog, and he gave me the tour. In the cabin, there was a picture of me next to his bed. Me. The frame was covered with tiny happy faces.

I kissed him, and we made awkward love, the gentle waves moving the bed and us while Noodle and Fudge yipped and scratched at the bed frame.

I sat on the deck with Ben all night and into the early morning, my head leaning on his shoulder as he folded origami creatures for me. I took in the river with all my senses. I felt its moisture on my skin and smelled its odor mixed with his. When he finished folding a catfish for me, we stripped to our underwear and jumped into the water. The force of the current pressed against our bodies, trying to force us downstream while we hung onto the boat and each other. Life is now.

Tonja Matney Reynolds lives in southwest Ohio. Her work has been published in Best of Ohio Short Stories: Volume II, Streetlight Magazine, The Bookends Review, and Four Ties Lit Review. She can be followed at TonjaMatneyReynolds.com. 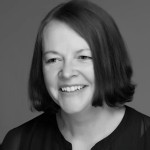