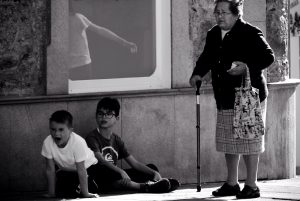 My brother Rex is thirsty and I’m sweaty, and neither of us feels like playing Killer Dinosaurs anymore. We head inside for some Kool-Aid, but stop when we glimpse our dad just inside the front door, lecturing his worker John. We’ve got a puppy mill in the yard and when protestors aren’t picketing outside the house, and the shit’s all shoveled, Dad likes to make the puppy worker people do other crappy jobs around the house.

I motion for Rex to squat down like me so we won’t be seen. Dad can forget about us for days, but if he spots us, all bets are off. We’ll be put to work or get our asses handed to us somehow. He’s one of those guys that everybody tiptoes around, if they can manage it. Since I’m eleven and Rex is only six, I’m always teaching him how to be invisible. Ground rules are to stick to the shadows, never ask for anything, only flush the toilets when Dad’s asleep or outside, and to never stray too close to the kennels and get the dogs riled up. Eighty dogs barking at once is louder than a fire alarm.

We balance ourselves atop the grooved concrete patio and I peek through the rusty screen door. John’s got a silver ponytail snaking down his back and he’s wearing his favorite Iron Maiden t-shirt and a scummy blue bandana. He’s shaking his head and Dad is sizing him up. Sometimes, right before Dad loses his shit, he gets this look on his face like he’s a starved dog, ready to strike. Dilated eyes and a curled up mouth. I can tell he’s in a mood, so I duck back down, inching my ear as close to the door as I can, and lift a finger to my lips, warning Rex.

John says to my dad, “You want me to do what?” I can tell from the squeal in his voice that he’s near hysterics.

Dad sighs. Not what I expect to hear. Whatever they’re talking about, he must know he’s asking too much, otherwise he probably would’ve flattened John by now. “You don’t throw them out, you idiot,” Dad says. “You reuse them. When you catch one, clip ‘em off at the ankles, and, see? The glue’s still fine.”

“You want me to cut the mouse’s feet off. That is fuckin’ sick,” John says.

Rex starts to snort-laugh and I slap my hand over his mouth and we lizard-crawl across the concrete around the side of the house, turning up there bloody and tattered.

I brush pebbles from Rex’s freshly skinned knees. “Let’s just drink from the damn hose.” I hold the nozzle steady for him, until he’s almost done, then I give it a small flick and shoot some water up his nose. I’m a damn good older brother, but I figure after so many years of wiping his snot nose and his shit ass, I deserve some fun from time to time. He comes at me stomping and growling and flailing those little arms of his and the next thing we know we’re both soaked.

The door slams and John stomps outside, mumbling something about Dad being a cheap-ass scumbag.  He nudges off the lid to a nearby trashcan with his elbow because his hands are cupping a wriggling mass of gray and brown fur. Of course we go over. John says Dad has gone too far this time, like he’s about to quit or something, which is the same bullshit we always hear, then he tosses a half dozen footless mice into the trash. We peer down at them, at their black eyes, woodchuck teeth and long, shoestring tails like tiny pastel whips. Most are still alive, squirming and twisting atop a pile of old cornhusks, pedaling their stumps in slow motion. I smack the lid back down.

“Maybe I should bludgeon you,” Rex says.

“You boys are assholes in training,” John says.

I steer Rex toward the back door, our feet squeaking against the soles of our sandals. We wring out the edges of our clothes, kick off our shoes, and sneak into the house, each step a muddy smudge on the tile floor. Dad’s sitting in the next room with his back to us, and that’s okay because we’re both already creeping around him like cats.

Upstairs, we sling off our wet clothes and the skin underneath feels like rubber. After we change we spot a recycled glue trap under the sink in the bathroom and kneel to examine it. “They look like human hands,” Rex says. His voice cracks a little, like he’s never seen worse.

And then I shove him, just hard enough to pitch him forward so he plants a palm into the trap and screams.

Michele Lombardo is a fiction writer, Co-Founder of the monthly writing series Write Now Lancaster and a member of Philadelphia Stories’ Fiction Board. Her work is forthcoming or has appeared in DASH Literary Journal, Cosmonauts Avenue, Philadelphia Stories, Crack the Spine,Permafrost Magazine, and others. She is a graduate of UCR Palm Desert’s MFA Program. Her story “Benched” was recently nominated for a Pushcart Prize. Learn more at michelelombardowrites.com or follow her at @michele_lomb. 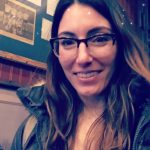