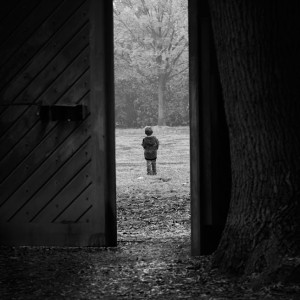 When Lewis moved in with us after marrying my mama, bringing his son and daughter along with him, he made a lot of new rules, like: no eating in front of the television, no more shooting rabbits in the back field, and most importantly, no keeping water in a container. You were allowed to fill a glass from the kitchen out of the sink, but you couldn’t put a container back in the fridge, not the one in the kitchen or the one out by the back porch.

Lewis drank a lot. I didn’t like how he always smelled like alcohol and mothballs, and he didn’t like me in general. I could tell. There were so many of us— five from my Mama and Daddy’s marriage, then Mama, Lewis, and his kids— that we couldn’t all fit at one dinner table, so we had to get a second one. Lewis wouldn’t sit at the same table as me, and he wouldn’t let Margaret, his little girl, sit next to me either. Mama never seemed to notice, just spooned out the mashed taters onto each of our plates, said grace, and then didn’t speak another word through the rest of the meal. Lewis yelled all the time, and when he wasn’t yelling, he was turning up that bottle of bourbon. My brother, Dale, asked him once why he drank so much bourbon, and he told him it was because bourbon was an honest man’s drink—it was classier than whiskey, but it didn’t have a stick up its ass like brandy or scotch. I didn’t think Lewis was much of an honest man, though.

Mama was sick all the time, so when it was time for church, he sent my brothers and me alone, and when we got back, he would ask us for the bulletin to see if we really went. Dale, Brock, Greg, Peter, and John would all meet my boyfriend, Jeff, out in the back field, because he could get cigarettes from his older brother, and they would smoke and make me go alone and bring back even bulletins for all of us so Lewis would think we’d all gone. I had to give a good, detailed summary of the sermon in case Lewis asked us any questions. I think Lewis knew about them going back there to smoke in the field though, because I was the only one he ever asked questions to, and it was always in a snarly way. I guess I didn’t hate him or anything, I just knew I missed my daddy and I couldn’t see why Mama married Lewis to start with.

I knew about the rule about the water, but I thought it was just another one of his stupid peeves, like how he always got pissed if there were dishes in the sink or Mama bought the wrong brand of apple butter from the store. That was the first time he hit me, caught me putting a fruit jar filled with water with the lid screwed on it inside the fridge so it’d be cold when I went out to play in the woods later. I couldn’t sit down right for a week, my ass was so bruised. The second time I did it, I had little red streams coming down my arms where he made me get a switch from the tree out back. My daddy never whipped us like that before he died, and neither did Mama, but she let Lewis do it, and my brothers didn’t do a thing to stop him either. They had something to say about everything, my brothers, like telling me I didn’t have any business having black baby dolls before they took them from me and then started throwing darts at them up against the wall, but they didn’t have nothing to say about their own stepdaddy whipping their own sister in the middle of the front yard. I reckon maybe that’s what happens when you grow up in Mississippi: child abuse is fine, but the idea of blacks and the whites going to the same schools is ungodly.

Margaret finally went home to live with her grandmama one summer, and stayed there for good, and I was glad, because I had to share a bed with her, and she was missing her big toe on her right foot. I couldn’t sleep at night because I was always so afraid she was going to touch me with her toeless foot. I wished John, Lewis’s son would’ve gone back home to live with them too. He’d met some girl though, and finally started going to church with me while the rest stayed back and smoked, and he would bring love letters to stick in Annie Renshaw’s Bible when she wasn’t looking so she could find them later. Those walks to and from church were more time than we’d spent together in the year and a half since he and Lewis had come to live with us. The switches after the fruit jar left scars, and I was pulling my sleeves down one morning on the way home from the First Baptist Church, trying to cover them up, when I caught him staring at the stripes on my arms.

He told me that morning about James, his three-year-old brother that died before their mama died, and that the way he died was how come we couldn’t keep the fruit jars in the house. Lewis never got over James’ death, he told me. He died when John was seven and Margaret was ten. Lewis used to keep fruit jars of water in their kitchen refrigerator to pour for drinking with their meals. In the garage though, on a lower shelf, Lewis kept fruit jars full of gasoline, spares for the car, lawnmower, that kind of thing. Those fruit jars were just what Lewis used to store about everything, John said. Anyway, Lewis left James out playing in the garage one day while he was cutting the grass, and James got a hold of one of those jars, thinking it was water, they reckoned, and he drank it. Ate him up from the inside out. Lewis found him already dead in the garage.

Those red slashes left their imprints on my arms until I was sixteen years old, and then they finally started to fade, and every day I looked at them, I thought of my stepbrother’s brother, three years old and dead in a garage, and my stepdaddy standing over him, wondering why the hell he’d put kerosene in a fruit jar.

Kathryn M. Barber is completing her second year of graduate school at Mississippi State University, where she also teaches freshman composition courses. She hails from a small town near the Tennessee/Virginia line that has two and a half traffic lights and only one Baptist God. On the weekends, she doubles as an interpreter for the deaf and an Ole Miss football fan. She spends her time making up stories and scheming to run away to Wilmington, North Carolina. 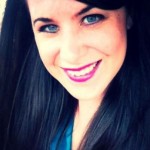