That Isn’t My Cup of Coffee by Chad Greene 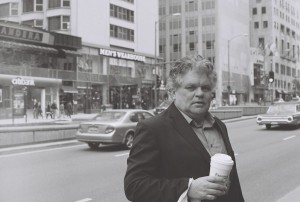 My father’s coffee was served in a clay mug. Slightly misshapen, it was made by a child in an elementary school’s art classroom. Even in the kitchen cupboard of that rural farmhouse, there wasn’t one exactly like it. No one needed to write his name on its side because he was the only one there who wanted a cup of coffee before he went to work.

Then, my father wouldn’t need the fingers on more than one hand to count his choices: black, with cream, with sugar, or with cream and sugar.

My father had less choices than me, but his coffee was brewed by a wife wearing an apron she sewed – a pattern she picked. She didn’t try to call him by name to create a sense of familiarity. They were beyond that. And that one woman – who was the only one – would always sit down at the table to talk with him as he drank his cup of coffee.

And that was the way he wanted it.

But that isn’t my cup of coffee.

My coffee is served in a paper cup. Perfectly formed, it was made by a machine in an international corporation’s paper mill. Even in the storage room of this city coffeehouse, there are thousands exactly like it. Someone needs to write my name on its side because I am not the only one here who wants a cup of coffee before I go to work.

Now, I would need the fingers on thousands of hands to count my choices: regular, decaf, or half-caf; black; with cream, with nonfat milk, with 2% milk, with whole milk, with soymilk; with sugar, with Sugar in the Raw, with stevia, with Stevia in the Raw, with Equal, with Sweet ’n Low, with Splenda, with honey, with agave nectar, with corn syrup….

I have more choices than my father, but my coffee is brewed by a barista wearing an apron she was issued – a pattern the company picked. She tries to call me by name to create a sense of familiarity. We will never be beyond that. And this one woman – who is only one in a long line of interchangeable baristas who will never really remember my name – will never sit down at the table to talk with me as I drink my cup of coffee.

And this isn’t the way I want it.

A graduate of the Master of Professional Writing Program at the University of Southern California, Chad Greene is an assistant professor of English at Cerritos College. Whenever he isn’t planning lessons or grading papers, he is attempting to put together a novel-in-stories tentatively titled Trips and Falls. 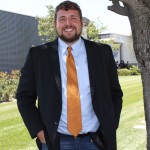