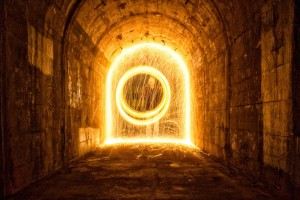 At karate, my mind goes to the one he killed, the one he walloped until it fell, wringing and bloody from my center. From the only safe place. There was another one, soon after, that I evacuated with a pill ordered online. When it emerged, it was whole. Tiny and real, and there were no instructions for what to do with the after. I buried it somewhere in Queens, in a sunny and green spot. This one, in the sail-like gi, trying so hard to feign balance as Sensei kicks under her knee, this one remains. She came before the others and every day she reminds me there can be no more. We were okay for a time. During his incarceration, when it was just me and her. A newborn, appendage, a stretch of my flesh. We lived like mummies, wove together. Until he came back and she kept getting bigger. Now her mouth and her mind, they get her in trouble and she pushes out and away from me, to places I can’t protect.

Sensei braces in front of the line of children, demands that they punch him in the stomach. They love this part. He stands rigid, hands clasped, protecting his crotch. My belly contracts in time with each fist, practiced and automatic. That’s how Houdini died, punched in the gut, caught off guard with a swift pummel. He’s buried in Queens too. When it’s her turn, mine cocks her arm, but closes her eyes, lids slamming shut with the force of her YAH! I want her eyes open. The kids are so young, barely five, and Sensei does not bother with these little details. He shoos her off to the end of the line, without a word of praise or otherwise. I think he’s soft on girls. He will smack underperformers with pool noodles and padded sticks, the noise alone doing most of the work. But he’s hands-off of mine, the only girl in the class. Maybe she’s too willing, too good. Or maybe he already knows. He won’t look me in the face when I pay my bill. His eyes flicker up, his chin tucked, in deference. I know what this is. With men, it’s always expectant, electric. The good struggle to mind their business, and the bad, with wolfish smiles, they sniff out his scent.

I heard this story once about a woman married to a tattoo artist. She let him draw all over her, collarbone to toes, and spent her life in a pose, a breathing canvas. My skewed nose, left crushed cheekbone, and halved earlobe. He puts all his work on display. Men notice these things, a hammerfist on my hipbone, a bite on my breast. Men and one old woman. She sat next to me on the subway, rode a good fifteen minutes staring at the fingerprints, blue on my upper arm before saying, “Kill him.” I straightened, silent. I looked at her, seeing me. This old woman, in ironed polyester pants in the middle of the putrid New York summer. She said, “He can’t live. He’ll do it again, He’ll do it to her,” nodding to the sticky-haired toddler draped on my thigh, “and once that’s done, it’ll never end.”

I don’t know much about fighting, except you have to be able to see to strike. I want her taught right. These other mothers, with dumb ugly grins and foreheads dipped into screens, these mothers want discipline. They want stiff upper lips, or a male influence, and they get a wild giddiness when Sensei brings out the big stick. The one next to me barbs an elbow into my thigh and says, “I don’t spank.” I bet you don’t, but “Oh, no?” I say. “Me neither.” In my house we buffer with three sweatshirts because no one spanks. I watch Sensei pop her boy on the ass for babytalking, the sound jolts like a backfire. Her kid squeals offense. Mine closes her eyes.

There’s something wrong with hers. It’s the first thing she tells me, sudden like she’d been holding on to it for weeks. It wasn’t like I hadn’t figured, hers mumbles and bobbles on tiptoes, his little fists plop the target, effeminate. Sensei spends extra time threatening to whack him into attention. She says he’s ninety-eight percent mercury. “Vaccines.” That old boogeyman. But, maybe she’s right. What do I know about those shots, except what they tell me. Inoculate, introduce the blood to disease, force it ready to fight the real stuff. This all sounds good, but I decide her lot isn’t so given. Hers so feebly joyful about every damn thing. Hers looks like childhood, clumsy and pure. Mine could use a little medicinal relief.

She’s single, this mom. She tells me about it all without needing me to say much, which is the way I like it. I like being around women who don’t live with men anymore because they have kicked them all out. It usually takes a few years to become this woman, I’ve noticed. A few errors. Around forty she evolves and swoops over the little ones, if it’s not too late and they are still small enough. This mom filed for divorce and had a baby on her own because she wanted to. She used to work at a bank, but quit to open a homeopathic store when her boy started showing signs of heavy metal toxicity. She is raising Mercury with her sister, a tri-lingual herbalist who works in her shop. Already she is diagnosing and curing my skin with potions she pulls from a large canvas bag. My hands are safe, they are dry, fingernails bitten to nubs, but unmangled and she dots an earthy smelling cream onto my knuckles. She has an ease of touch. When I gape she closes in around me, smoothing my hands, rubbing and talking about the elements, chemistry and the ocean. She says “How’s that?” and I know this is how she cares for her boy, with plenty of kneading and remedy. I don’t want her examining me too much, but it sort of feels good. The thought of healing, the thought of someone coming in to fix what’s been broke.

Maybe that’s what I should have done. Mercury. My momma used to leave little pools of it in the corners of the apartment to keep out the spirits. I never gave much worry over ghosts or specters. There was always enough wrong happening in plain sight to be warding off the devil, but I remember scuttling those errant balls back to their nests. Mercury spilled into his ear, might have sweetened him up some.

Sensei counts the jumping jacks in Japanese. My favorite part of the class. Mercury looks like a woozy flamingo, one leg in, the other crooked at the knee, arms jutting out in rhythmic tandem. Even mine resembles her babyish age for a moment, hopping around, clapping her hands off the beat. Sensei doesn’t smile, barking the numbers in quick time while these tiny people bounce in earnest around him, arms stretched up and wrists wriggling to meet each other. I don’t know how he keeps stone-faced, if he can possibly be numb to the brilliance of this scene. It never gets old for me. I could run it on loop in my head forever and never be unhappy. But my girl’s gi is riding up and over her hip exposing a slice of skin and even from this distance I see the fresh red and black blossomed on her side.

Of course I swore I’d never let him touch her. I swore it and it happened anyway, because what I say doesn’t matter. And now he’s lying in our bed with a knife in his forehead. He died the easy, quiet way, with pills ordered online and crunched up in coffee, but once I saw him lying there and knew he wasn’t ever getting up, I emptied the silverware drawer on him. Stuck him with every fork, knife we own. Had I a gun, I would have shot him, over and over, a machete, taken off his head. Nevermind the mess. Nevermind the next. And then we went to karate.

Those tattoos in that story, they weren’t hers, they were his. And after her husband died, died some horribly slow taxing death like cancer, where she had to clean up shit and vomit, and care for his withering for months—after he died, she had to keep living with him written all over her body. His goonie fans kept coming around, prying to look. Like she was never her, never a baby, never brand new, pristine. Sometimes I want to go back and be that baby stuck on a momma. Though I’m not sure what good that would do. My momma taught me what I know about men, when she might have taught me to punch, eyes open. Or loved me too much to bring me up broken. Because you are either a woman who gets hit or you are not.

Mine will be the kind that hits back.

Nellie Aberdeen is a bookseller studying midwifery in New York City. You can reach her at aberdeennellie@gmail.com 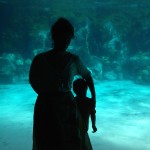